A Great Feast of Light 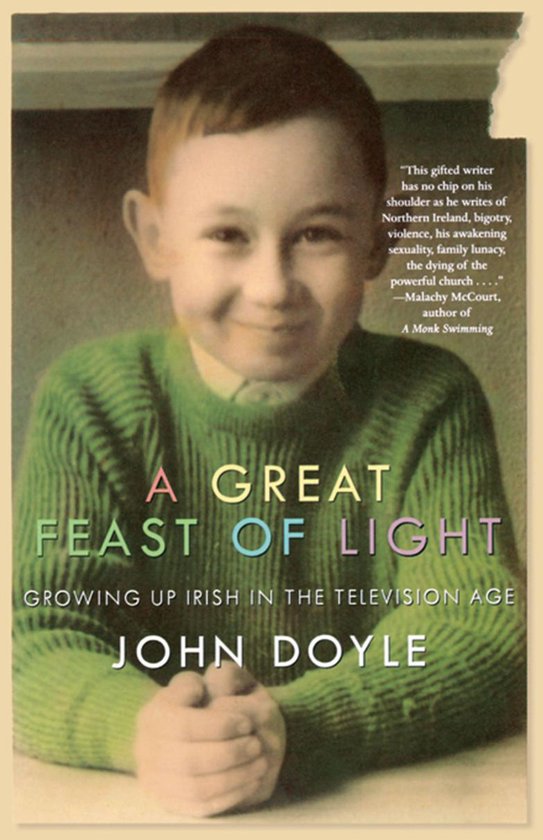 Celebrated TV critic John Doyle has penned an Irish memoir that gives a portrait of a boy and his country transformed by television. Funny, insightful, and engaging, A Great Feast of Light begins in the small town of Nenagh, where young John's father purchased the family's first television in 1962, and ends in 1979 with the Pope's historic visit to the Emerald Isle, the appearance of ''Dallas'' on Irish TV, and twenty-two-year-old John's escape to North America. By day, John was schooled by the Christian brothers in the valor of Irish rebel heroes and the saintliness of Catholic martyrs. But in the evenings, television conveyed more subversive messages: American westerns, ''I Love Lucy, The Man from U.N.C.L.E., Laugh-In, The Muppet Show, Starsky and Hutch, and Monty Python suggested ways of life that were exciting and free. News coverage of American civil rights and women's rights protests, Irish street riots, bombings, and Bloody Sunday clashed with Catholic conservatism. While the ''global village'' was yanking Ireland out of its past, one intelligent and sardonic boy was taking notes. His story, at once a charming coming-of-age tale and a compelling social history, is a welcome addition to the literature of Ireland.