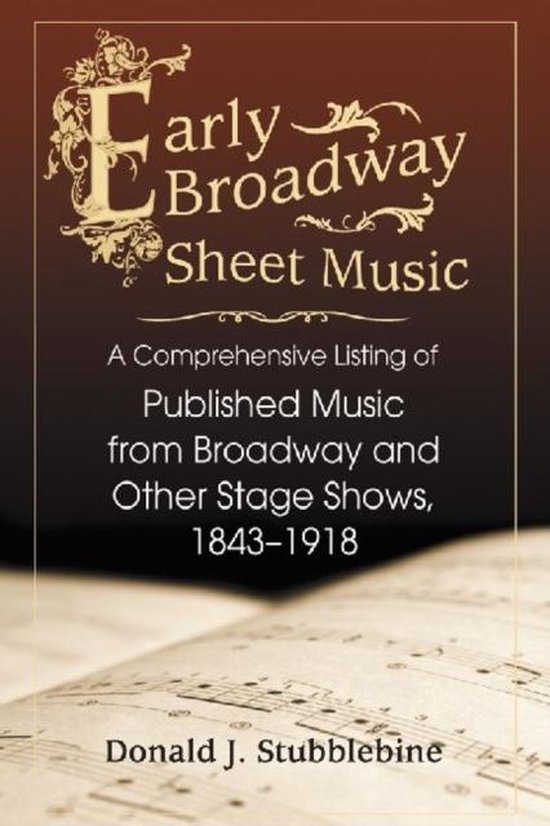 This work, a companion to Broadway Sheet Music: A Comprehensive Listing of Published Music from Broadway and Other Stage Shows, 1918 through 1993 (1996, $75), provides information about sheet music published over the 75-year period from June 1, 1843, to May 31, 1918--the early days of modern American theatre. It covers all sheet music published from all Broadway productions--plus music from local shows, minstrel shows, night club acts, vaudeville acts, touring companies, and shows on the road that never made it to Broadway. Also included are all the major musicals from Chicago, which rivaled Broadway in original productions during that period. Each piece of sheet music has been assigned a number by the author, and the following information is given: production title (as listed on sheet music cover), year the production officially opened or tour began, name of the theatre (applicable only to New York productions), number of performances (applicable only to New York productions), performers, song titles, composer and lyricist, original publisher of each song, and cover description. Also included are comments from the author.