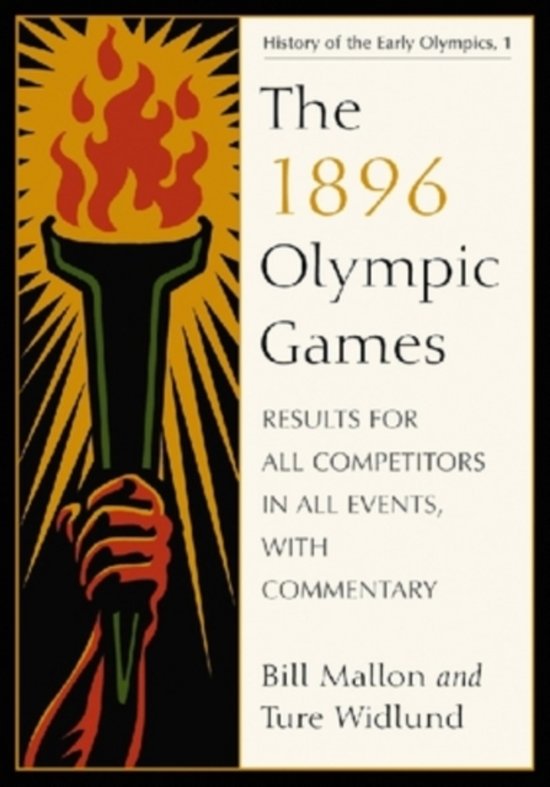 During the 1996 Centennial Olympic Games in Atlanta, much of the world watched and celebrated as athletes broke world records and took home medals, fulfilling their Olympic dreams. The athletes' scores were available instantaneously and are now easily accessible, but what about the performance records of the first modern Olympic athletes? The Modern Olympic Games began in 1896 in Athens, Greece, through the efforts of Baron Pierre de Coubertin, who revived the Olympic tradition that began centuries before - but an official record of these Olympic games does not exist.This work is the first in a series of comprehensive reference works giving the results of the Olympic Games, beginning in 1896. Based primarily on 1896 sources, the sites, dates, events, competitors, and nations as well as the event, the results are compiled herein for track and field, cycling, fencing, gymnastics, shooting, swimming, tennis (lawn), weightlifting, wrestling and other sports and events. Although mainly a statistical analysis, this work does include a short synopsis of the Sorbonne Congress and reprints of famous articles about the Olympics, including one by Pierre de Coubertin. Previous documentation of the early Olympics has been sketchy and error-prone. This series addresses the need for comprehensive and accurate information. Most of the data are derived from sources contemporary to the events and much information published elsewhere is herein correct.