Film Clowns of the Depression 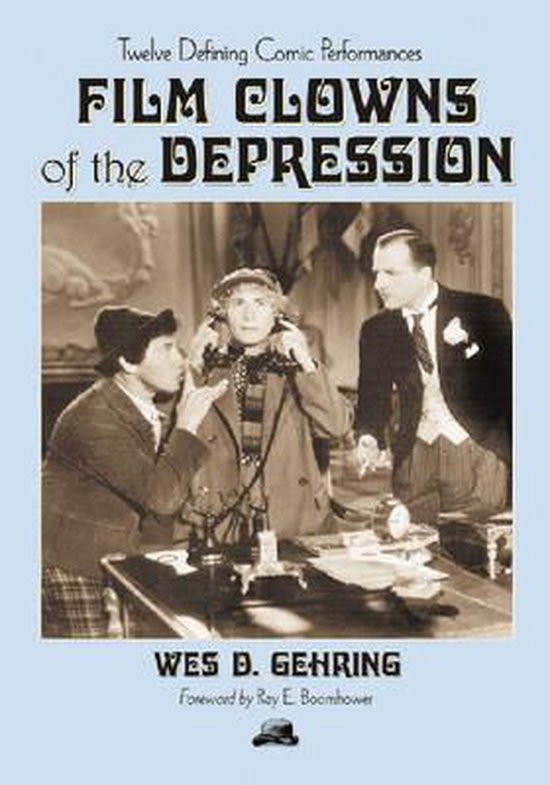 The 1930s are routinely considered sound film's greatest comedy era. Though this golden age encompassed various genres of laughter, clown comedy is the most basic type. This work examines the Depression decade's most popular type of comedy - the clown, or personality comedian. Focusing upon the Depression era, the study filters its analysis through twelve memorable pictures. Each merits an individual chapter, in which it is critiqued. The films are deemed microcosmic representatives of the comic world and discussed in this context. While some of the comedians in this text have generated a great deal of previous analysis, funnymen like Joe E. Brown and Eddie Cantor are all but forgotten. Nevertheless, they were comedy legends in their time, and their legacy, as showcased in these movies, merits rediscovery by today's connoisseur of comedy. Even this book's more familiar figures, such as Charlie Chaplin and the Marx Brothers, are often simply relegated to being recognizable pop culture icons whose work has been neglected in recent years. This book attempts to address these oversights and to re-expose the brilliance and ingenuity with which the screen clowns contributed a comic resiliency that was desperately needed during the Depression and can still be greatly appreciated today. The films discussed are City Lights (1931, Chaplin), The Kid From Spain (1932, Cantor), She Done Him Wrong (1933, Mae West), Duck Soup (1933, Marx Brothers), Sons of the Desert (1933, Laurel and Hardy), Judge Priest (1934, Will Rogers), It's a Gift (1934, W.C. Fields), Alibi Ike (1935, Brown), A Night at the Opera (1935, Marx Brothers), Modern Times (1936, Chaplin), Way Out West (1937, Laurel and Hardy), and The Cat and the Canary (1939, Bob Hope).