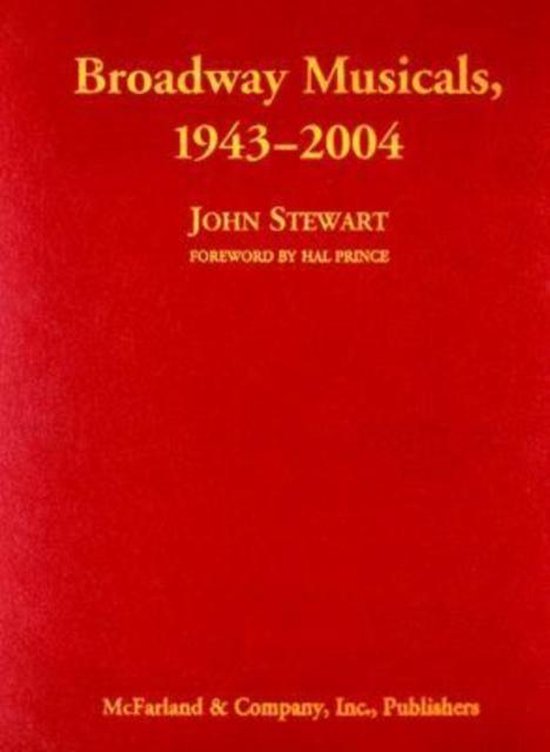 On March 31, 1943, the musical Oklahoma! premiered and the modern era of Broadway was born. Since that time, the theatres of Broadway have staged hundreds of musicals - some more noteworthy than others, but all in their own way a part of American theatre history. With more than 750 entries, this comprehensive reference guide provides information on every musical produced on Broadway since Oklahoma's 1943 debut. Each entry begins with a brief synopsis of the show, followed by a three-part history: first, the literary source (if any) for the musical, the pre-Broadway productions, and the casting tryouts; next, the Broadway run itself, including dates, theatres, cast and crew; and finally, a list of later notable productions, along with important reviews and awards. An appendix lists musicals of interest that fall outside this work's parameters (i.e., only musical shows produced on traditionally defined Broadway). Indexed by song title and personnel for quick and easy reference.