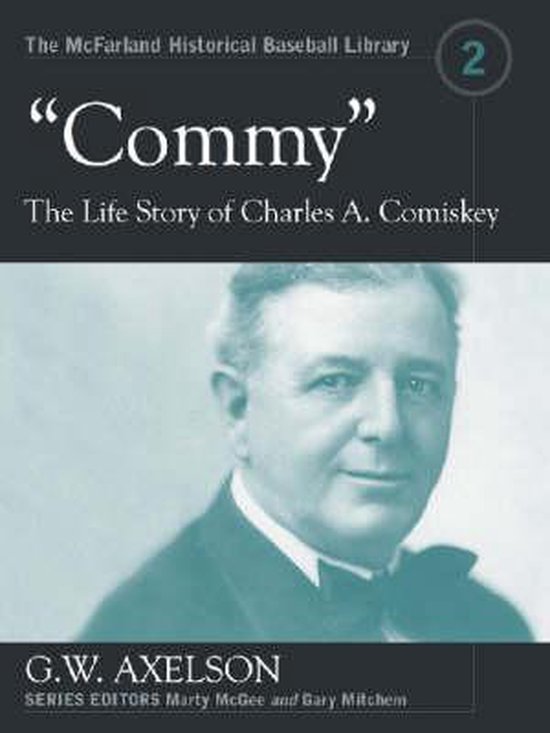 This biography of Charles Commy Comiskey is one of the earliest and most important--and, up to now, one of the hardest for baseball researchers to get their hands on--in the baseball canon. Comiskey spent half a century in the big leagues as a successful player-manager and owner, his clubs winning nine pennants along the way. But the dark cloud that hangs over him is the 1919 Black Sox scandal, in which he is inextricably tangled, fair or not. Comiskey's tight-fistedness is often cited as a principal cause of the 1919 World Series scandal. Commy suspected that the fix was on after the White Sox lost the first two games, and even implored his old friend, American League president Ban Johnson, to suspend the Series, but the tide of history could not be dammed. Historians of the game will find much valuable insight here on the rise of baseball in the Windy City, Comiskey's playing career (as an innovative first baseman), his long stint as St. Louis Browns player-manager (which included four straight pennants from 1885 to 1888), his helping Johnson form the American League, and his keeping the White Sox a family-owned franchise for nearly 60 years. Surprisingly, this is the only biography of Comiskey ever published. Fortunately, Axelson allows The Old Roman to speak for himself briefly in the last seven pages of the book. Here Comiskey comes across as humble and earnest, concluding his message with, What I have tried to do [in baseball] has been my level best.