Spider-man The Next Chapter Volume 1 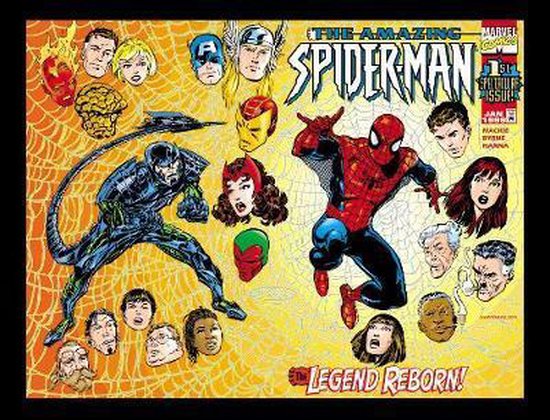 Peter Parker thought he'd given up a life as Spider-Man, but he keeps getting pulled back in! With threats like the Kingpin, Bullseye, Dr. Octopus, Shadrac, the Scorpion, the Frightful Four, Marrow and Tokkots coming at him from every angle, it's a good thing Spider-Man has friends like the X-Men, the Fantastic Four, Madame Web, Thor and Man-Thing at his side! Plus: the debuts of not one, but two new Spider-Women! And one of them is not so nice. Collecting AMAZING SPIDER-MAN (1999) #1-6 and ANNUAL '99, PETER PARKER: SPIDER-MAN (1999) #1-6 and THOR (1998) #8.