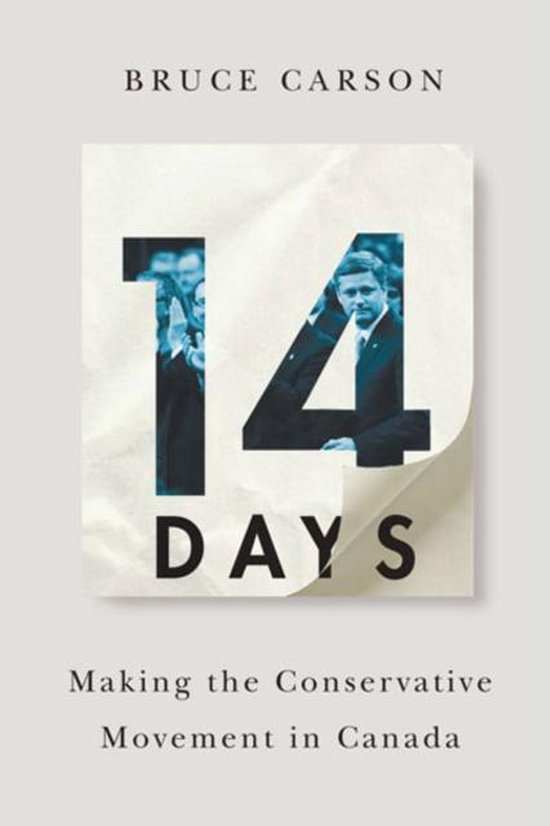 A first-hand look into the back rooms of the conservative movement in Canada, 14 Days provides insights into how the recent history of the Canadian right has influenced the Conservative government over the past two decades. Bruce Carson, having worked in close proximity to many Conservative leaders, describes a series of important moments in the disintegration, re-integration, and eventual repeated electoral success of the modern Conservative Party, formed from its Progressive Conservative forebears. Carson recounts how decisions are made and communicated, how issues are managed, and policies are developed under Harper's leadership. Crucial moments in the Conservatives' rise to power - from the devastating results of the 1993 election to the growth of the Reform Party and its election as Official Opposition, through the parties' merger, leadership decisions, conventions, and elections as minority and majority governments and most recently, the Conservative Party as majority government holder in Canada - are presented from the point of view of an outspoken witness and active participant. Carson candidly shares information on the government's approaches to Afghan detainees, the Cadman and Schreiber affairs, the 2008 constitutional crisis and worldwide recession, the development of their first budget, and the determination of the tenets of Harper's approach to federalism. A rare, behind-the-scenes account of the Harper Conservatives from opposition to government, 14 Days provides a vivid portrayal of all participants and will be eagerly read by anyone interested in the government's inner circle.