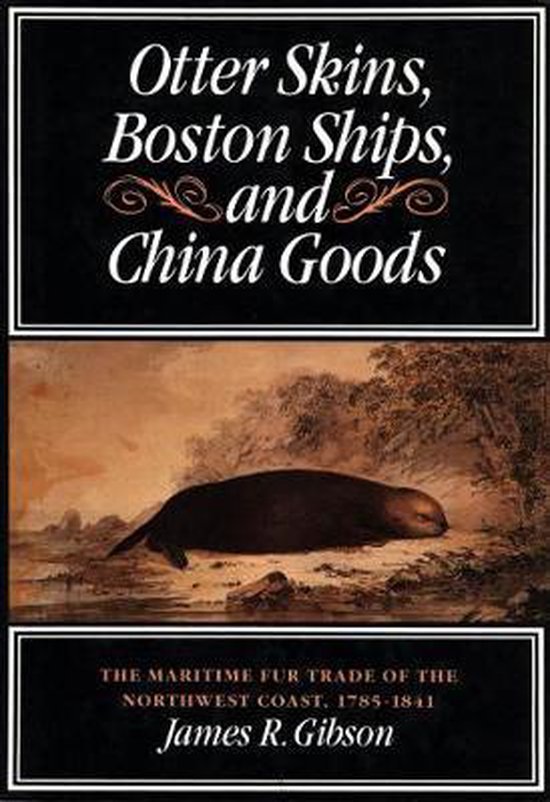 Before contact with white people, the Northwest Coast natives had traded amongst themselves and with other indigenous people farther inland, but by the end of the 1780s, when Russian coasters had penetrated the Gulf of Alaska and British merchantmen were frequenting Nootka Sound, trade had become the dominant economic activity in the area. The Tlingit, Haida, Tsimshian, Nootka, Salish, and Chinook Indians spent much of their time hunting fur-bearing animals and trading their pelts -- especially the highly prized black skins of sea otters -- to Russian, British, Spanish, and American traders for metals, firearms, textiles, and foodstuffs. The Northwest Coast Indians used their newly acquired goods in intertribal trade while the Euro-American traders dealt their skins in China for teas, silks, and porcelains that they then sold in Europe and America. This traffic continued for more than half a century until, in the early 1840s, the Northwest trade declined significantly because of depletion of the fur-bearing animals due to over-hunting, depopulation of the Indians by disease and warfare, and depression of the market for furs. While previous studies have concentrated on the boom years of the fur trade before the War of 1812, Gibson reveals that the maritime fur trade persisted into the 1840s and shows that the trade was not solely or even principally the domain of American traders. He gives an account of Russian, British, Spanish, and American participation in the Northwest traffic, describes the market in South China, and outlines the evolution of the coast trade, including the means and problems. He also assesses the physical and cultural effects of this trade on the Northwest Coast and Hawaiian Islands and on the industrialization of the New England states. Gibson's new interpretations derive in part from his use of Western primary sources that have been largely ignored by previous investigators. In addition to being the first to use many Russian-language sources, Gibson consulted the records of the Russian-American, East India, and Hudson's Bay Companies, the unpublished logs and journals of a number of American ships, and the business correspondence of several New England shipowners. No more comprehensive or painstakingly researched account of the maritime fur trade of the Northwest Coast has ever been written.