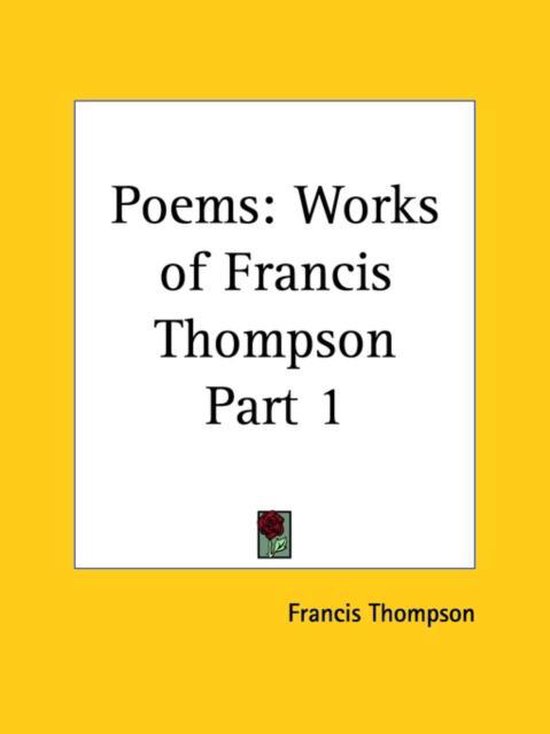 Volume 1 of 3. Poems. Francis Thompson was an English poet and in 1889, while working in a bootmaker's shop, wrote his first poems, which were published in "Merry England" by Wilfrid Meynell. Mr. Thompson's literary executor made this collection while being governed by Mr. Thompson's express instructions or guided by a knowledge of his feelings and preferences acquired during an unbroken intimacy of nineteen years. Thompson's own list of new inclusions and his own suggested reconsiderations of his formerly published text have been followed in this definitive edition of his poetical works.