Russia in the Nineteenth Century 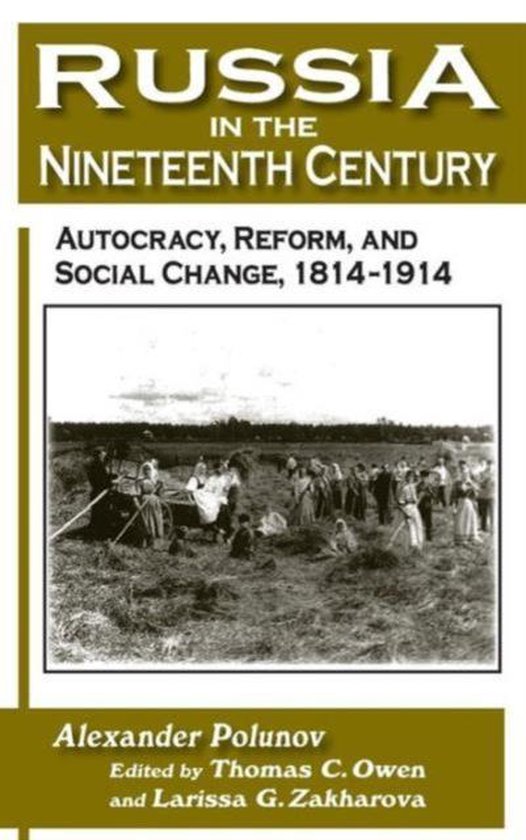 This is a comprehensive interpretive history of Russia from the defeat of Napoleon to the eve of World War I. It is the first such work by a post-Soviet Russian scholar to appear in English. Drawing on the latest Russian and Western historical scholarship, Alexander Polunov examines the decay of the two central institutions of tsarist Russia: serfdom and autocracy. Polunov explains how the major social groups - the gentry, merchants, petty townspeople, peasants, and ethnic minorities - reacted to the Great Reforms, and why, despite the emergence of a civil society and capitalist institutions, a reformist, evolutionary path did not become an alternative to the Revolution of 1917. He provides detailed portraits of many tsarist bureaucrats and political reformers, complete with quotations from their writings, to explain how the principle of autocracy, although significantly weakened by the Great Reforms in mid-century, reasserted itself under the last two emperors. Polunov stresses the relevance, for Russians in the post-Soviet period, of issues that remained unresolved in the pre-Revolutionary period, such as the question of private property in land and the relationship between state regulation and private initiative in the economy.