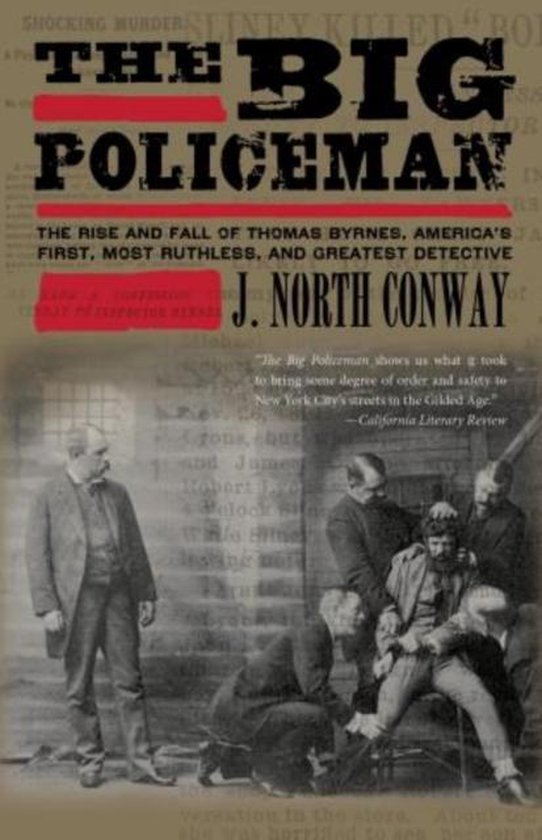 The remarkable career of one of America's greatest detectives-a story of murder, mayhem, and intriguePhilip Marlowe, Dirty Harry, and even Law & Order-none of these would exist as they do today were it not for the legendary career of nineteenth-century New York City cop Thomas Byrnes. From 1854 to 1895, Byrnes rose through the ranks of the city's police department to become one of the most celebrated detectives in American history, a larger-than-life figure who paved the way for modern-day police methods, both good and bad.During the age of Gangs of New York, Byrnes solved many of the most sensational and high-profile cases in the city and the country. He captured Manhattan's Jack the Ripper copy-cat killer; solved the murder of prostitute Maude Merrill, who was killed by her jealous lover-her own uncle; solved the largest bank heist in American history; arrested anarchist Emma Goldman for inciting a riot in Union Square; and accomplished much more. For both good and ill, according to the New York Times, Byrnes shaped not just the New York City Detective Bureau but the template for detective work . . . in every modern American metropolis. He not only pioneered crime scene investigation, but also perfected the brutal interrogation process called the third degree. He revolutionized the gathering of evidence and was the first to use mug shots and keep criminal records. But when Police Commissioner Theodore Roosevelt investigated the corruption that had plagued the department for decades, the man one prominent journalist had dubbed the big policeman was forced to resign.Bringing the Gilded Age to life as he did in his acclaimed King of Heists: The Sensational Bank Robbery of 1878 That Shocked America, J. North Conway narrates in thrilling, vivid detail the crimes, murders, corruption, and gritty police work associated with the father of the American detective.