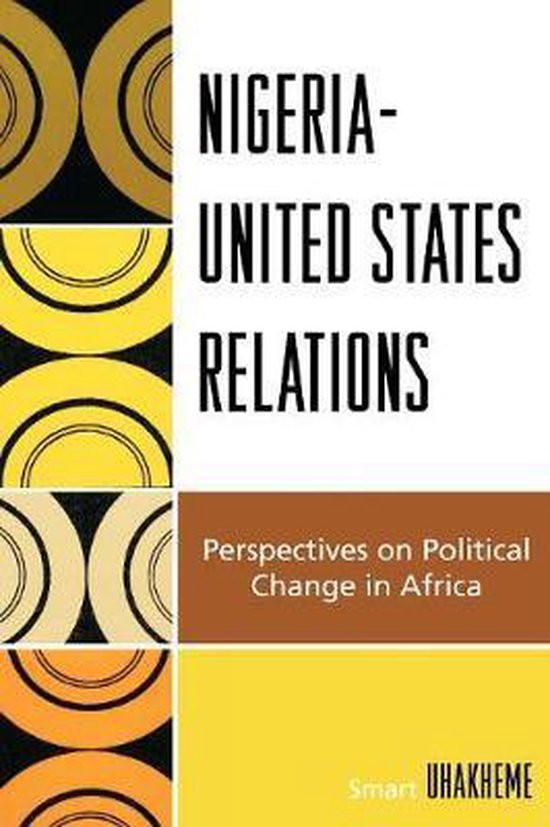 This study centers on Nigeria-United States relations, focusing on both countries' perspectives on political change in Africa in the waning years of decolonization. It is strongly premised on the assumption that international politics are generally a mix of conflicting and cooperative relationships. It is in this context that Nigeria-United States Relations examines Nigeria-United States perspectives, and those positions taken by both countries on the issue of political change in Africa. Professor Smart Uhakheme derives his arguments by using Angola, Zimbabwe, Namibia, and South Africa as case studies. Nigeria accounts for 12 percent of United States oil imports, making it the third largest oil supplier to the United States, surpassing Venezuela and Saudi Arabia. On the whole, Nigeria-United States relations during the period under study were marked by disagreements and cooperation. Professor Uhakheme's investigation provides a thorough understanding and discussion of the importance of these delicately balanced relationships.