The Lord of the Rings Instrumental Solos 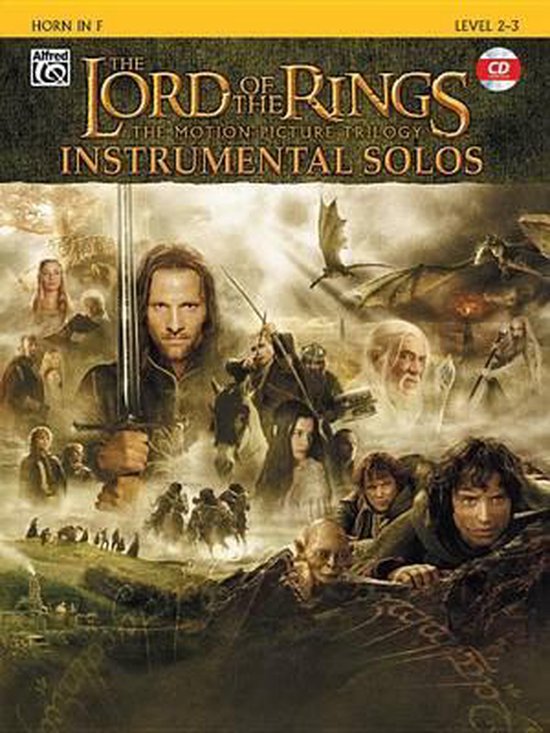 Music from all three films arranged for wind instruments. Desirable and collectible, these instrumental folios are loaded with black-and-white photos of scenes from all three films. They are printed on top-quality antique paper stock, and the covers showcase the new "trilogy" artwork. The wind instrument books are completely compatible with each other and can be played together or as solos. Each book contains a carefully edited part that is appropriate for the Level 2-3 player and a fully orchestrated accompaniment recording. Each theme on the recording is presented as a "demo" track (which features that particular instrument) and as a "play-along" track without the solo instrument. A separate piano accompaniment book with audio is available for the wind series. The instrumental solo part, in concert pitch, is added above the piano part. The recording features live demonstration performances of various instrument tracks from the series. Titles are the twelve major themes from the blockbuster trilogy: from The Fellowship of the Ring: The Prophecy * In Dreams * Concerning Hobbits * Many Meetings * The Black Rider; from The Two Towers: Gollum's Song * Rohan * Evenstar * Forth Eorlingas; from The Return of the King: Into the West * The Steward of Gondor * Minas Tirith. This title is available in SmartMusic.