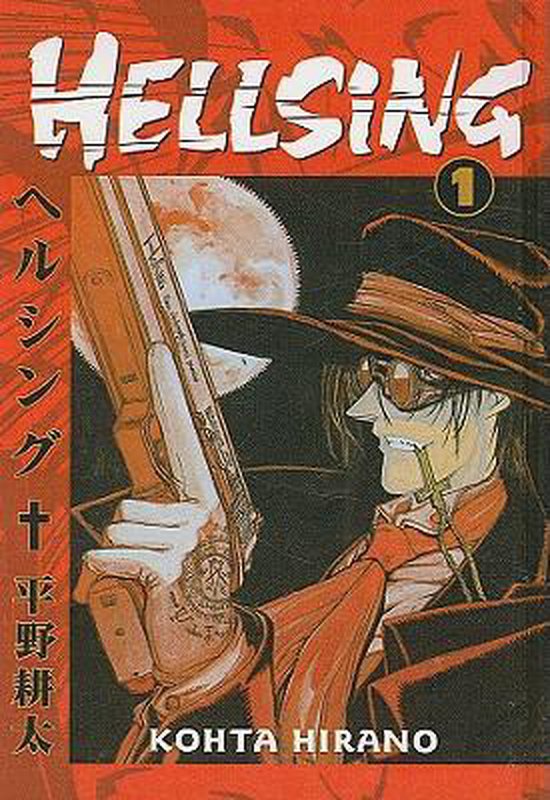 There's a secret organization somewhere in England created to defend the Queen and country from monsters of all sorts. Yes, it's hard to believe in this day and age... but really, isn't this the true age of monsters? Enter Hellsing, an agency, long in tooth, with the experience, know-how, and... er... equipment to handle the problems that arise when vampires, ghouls, and the like take on these dark forces. What equipment? you may say. How about another vampire, and a big pistol loaded with special silver bullets? That oughta do the trick. But what really knocks 'em dead is the sharp wit, awesome artwork, and crazy, bloody action that make up the manga. Hellsing the long-awaited manga is finally in America, thanks to Dark Horse Comics and the folks at Digital Manga, and you're gonna love it. Come get some smart-ass gore and action as only Japan seems to produce, in that crazy non-Western format the kids seem to love. And nice and thick at a full 200 pages The night is dark, but at least those wacky anti-heroes from Hellsing can make light of it.