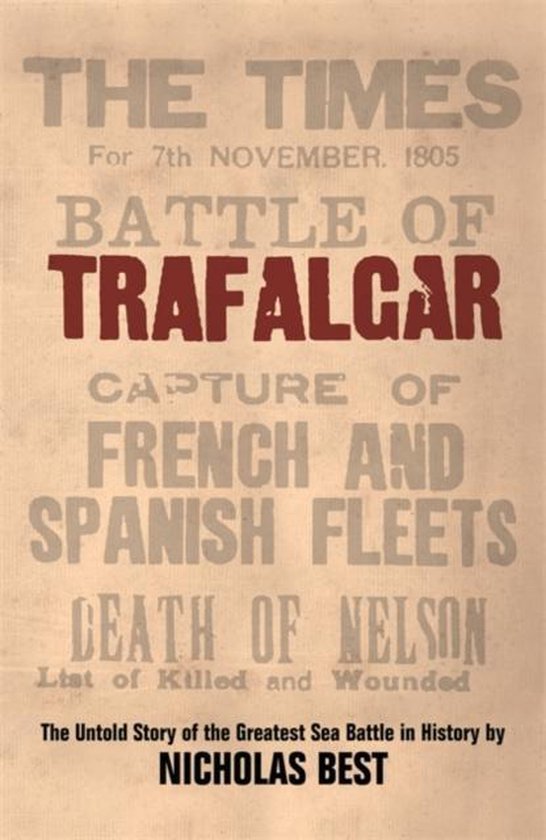 A brilliant page-turning account of the most famous sea fight in history Beginning with a vivid recreation of Napoleon's army assembling at Boulogne for the invasion of England, Nicholas Best tells how the French fleet joined with their Spanish allies and set out for a decisive battle with the Royal Navy. Following events through the eyes of eyewitnesses on the gun deck as well as the admiral's cabins, he takes us to the Mediterranean and the West Indies and back to the coast of Spain as the rival fleets manoeuvre for advantage. Then follows his gripping minute-by-minute account of the actual battle: a truly murderous affair as the rival fleets trade cannon shots as point blank range.