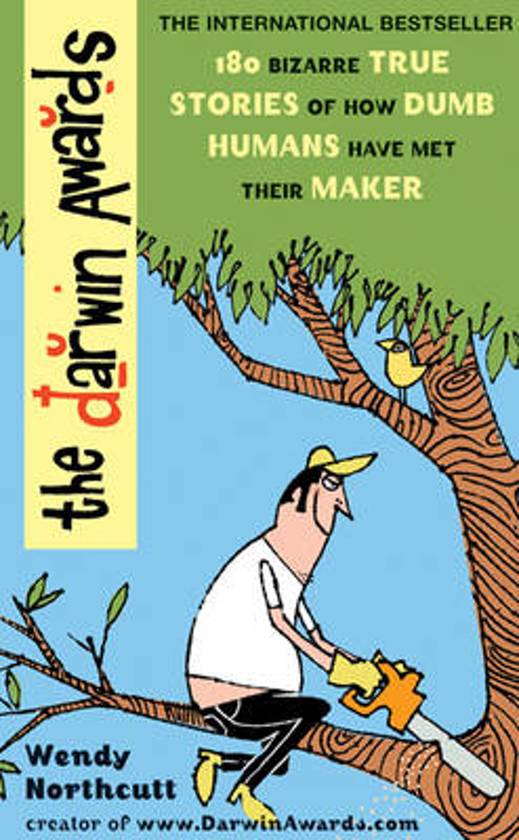 The Darwin Awards is the legendary web site which commemorates the remains of people who have improved our gene pool by killing themselves in really stupid ways! Practically everyone who is on the net has received a Darwin story in their e-mail at one time or another. It is one of those legendary web sites which has become part of the fabric of being on-line. Started in 1993 by biologist Wendy Northcutt she set out to collect together and authenticate stories of individuals around the world who, through their stupidity, have removed themselves from the gene pool. These are the people for whom warnings such as coffee is hot and this superman cape does not enable the wearer to fly were made ...