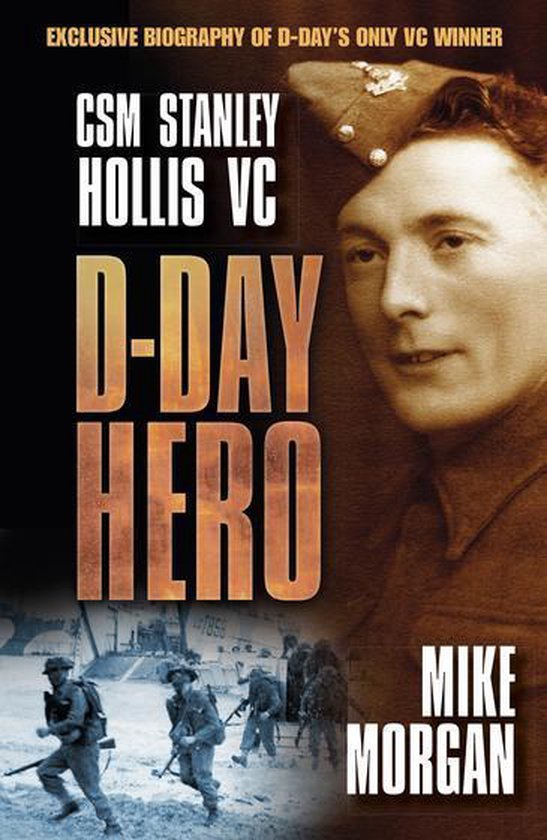 D-Day's only Victoria Cross winner, Stanley Hollis was uniquely recommended for this coveted award twice on 6 June. A tough, working-class rebel, Hollis was no model soldier: he was forever being 'busted' to corporal for various misdeameanours, only to win his stripes back again. Few soldiers can have seen as much close combat action as Stanley Hollis. He fought with the Green Howards at Dunkirk, in the Western Desert, in Italy, on D-Day and through France and Germany to the end of the war. Seriously wounded and taken prisoner by the Afrika Korps, Hollis was personally congratulated by Rommel, then made a daring escape. In Italy, he was recommended for the Distinguished Conduct Medal and was later mentioned in despatches, going on to undertake a dangerous undercover reconnaissance of the Normandy invasion beaches. On 6 June 1944 Stanley Hollis was involved in two actions that led to his award. During the primary assault, Hollis single-handedly stormed a German pillbox, saving his company from certain injury and death and enabling them to open the main beach exit. Later that day he saved the lives of two comrades trapped by heavy gunfire in a collapsing house. Fully illustrated with archive photographs and ephemera, this unique biography of a little-known British Second World War hero shows the real man behind the heroic image. Mike Morgan has received the Hollis family's full co-operation and draws exclusively on personal diaries, letters and other memorabilia.