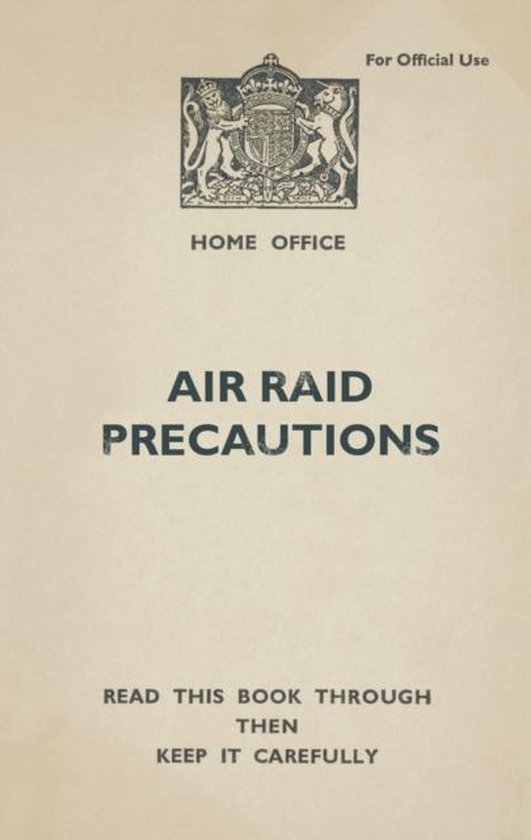 During the late 1930s it was finally realised that war with Hitler's Germany was a major possibility. As the armed forces began their re-arming, the Home Front was not neglected. In the intervening twenty years since the end of the First World War, war had changed for the worse. Aircraft had progressed and had become much more potent, machines capable of flying huge distances with large payloads of bombs. The realities of 'Total War' and of the 'Blitz' were almost upon Britain and Air Raid Precautions was sent out to almost every home in the land. Filled with useful advice, much of which was to become second nature to those in our industrial heartland and large cities, it became a classic of wartime reading, so much so that Britain's Air Raid Precautions was printed in its entirety, with no changes, for the American, New Zealand and Australian householder, too