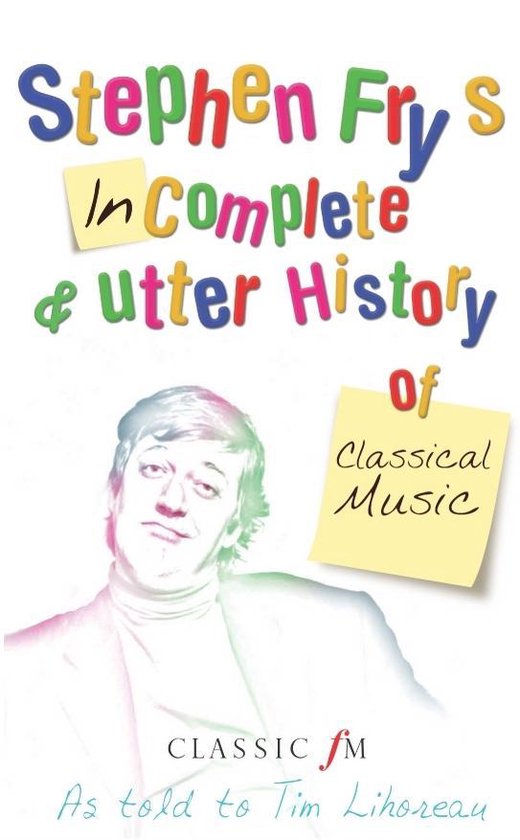 'Hello, I'm Stephen Fry. Now time for the first outing of a brand, spanking new feature here on The Incomplete and Utter History of Classical Music... putting some unsuspecting figure in music under the spotlight.' In his Incomplete & Utter History of Classical Music as told to Tim Lihoreau, Stephen Fry presents a potted and brilliantly rambling 700-year history of classical music and the world as we know it. Along this musical journey he casually throws in references to pretty much whatever takes his fancy, from the Mongol invasion of Russia and Mr Khan (Genghis to his friends), the founding of the MCC, the Black Death (which once again became the new black in England), to the heady revolutionary atmosphere of Mozart's Don Giovanni and the deep doo-doo that Louis XVI got into (or 'du-du' as the French would say). It's all here - Ambrose and early English plainsong, Bach, Mozart (beloved of mobile phones everywhere), Beethoven, Debussy, Wagner (the old romantic), right up to the present day. Entertaining and brilliantly written, this is a pretty reckless romp of a history through classical music and much much more.