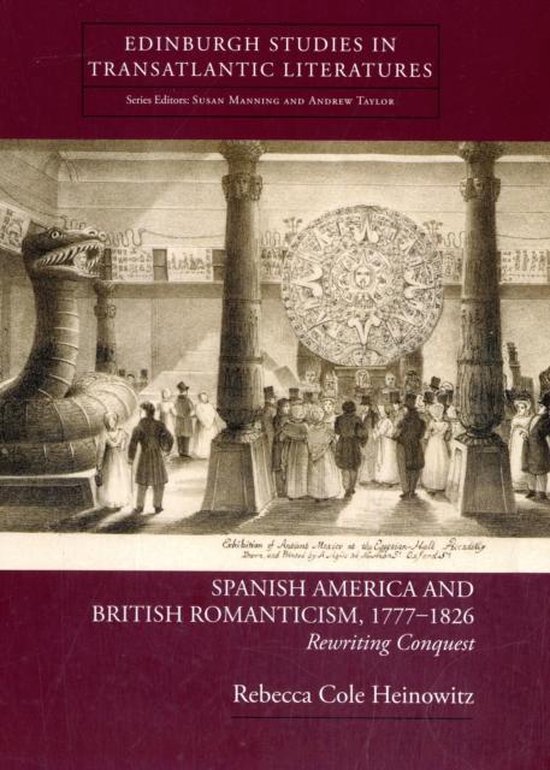 Robert Southey did not exaggerate when he described the England of his day as South American mad. As Spain's hold on its colonies progressively weakened during the late eighteenth and early nineteenth centuries, thousands of British scientists, soldiers, entrepreneurs, and settlers rushed to take advantage of the enticing opportunities Spanish America offered. Britain's fascination with the region displayed itself in poems, plays, operas, political tracts, news reportage, travel narratives, and stock market quotations. Creole patriots such as Francisco de Miranda and Andres Bello gathered in London to solicit aid for their revolutions while ministers debated tactics for liberating both the peoples and the untapped wealth of Spain's colonies. Through critical reconsiderations of both canonical and lesser-known Romantic texts, from Helen Maria Williams's Peru to Samuel Rogers's The Voyage of Columbus and Byron's The Age of Bronze, Heinowitz reveals the untold story of Romantic-era Britain's Spanish American obsession. Although historians have traditionally characterized Britain's relationship with Spanish America as commercial rather than colonial, this book explores the significant rhetorical overlap between formal and informal strategies of rule. In the absence of a coherent imperial policy regarding Spain's colonies, Britain struggled to justify its actions by means of the problematic assertion that British primacy was authorized by a political, cultural, ethical, and even historical identification with the peoples of Spanish America. By examining the ways in which this discourse of British-Spanish American similitude was deployed and increasingly strained throughout the late eighteenth and early nineteenth centuries, Heinowitz demonstrates that British writing about Spanish America redefines the anxieties, ambivalences, and contradictions that characterize Romantic Imperialism.