In the Miso Soup. Ryu Murakami 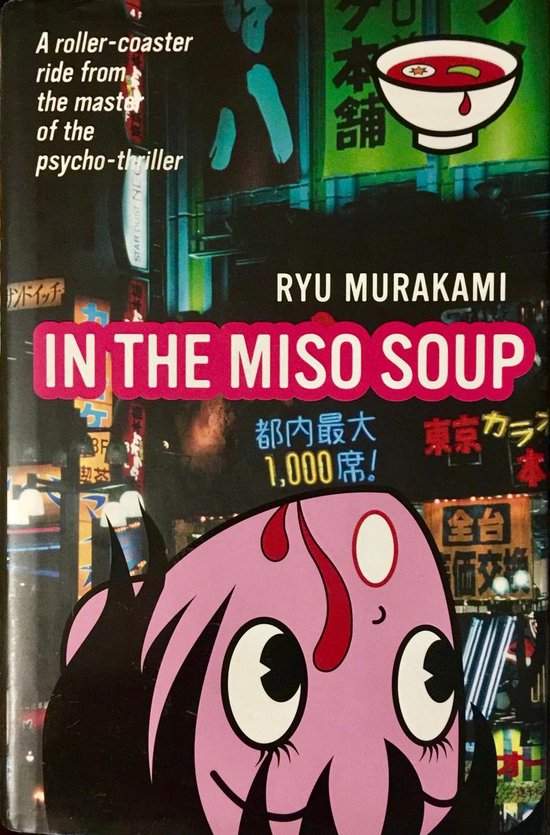 It's just before New Year, and Frank, an overweight American tourist, has hired Kenji to take him on a guided tour of Tokyo's nightlife. But Frank's behaviour is so odd that Kenji begins to entertain a horrible suspicion: his client may in fact have murderous desires. Although Kenji is far from innocent himself, he unwillingly descends with Frank into an inferno of evil, from which only his sixteen-year-old girlfriend, Jun, can possibly save him.