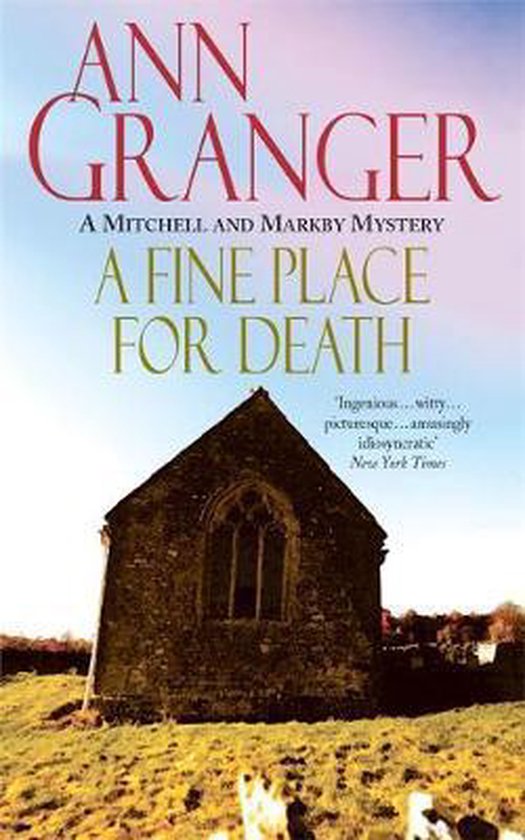 A look into one girl's life sheds light on another girl's death... Meredith Mitchell and Chief Inspector Markby probe troubled family relationships to find a killer in A Fine Place for Death, the compelling sixth mystery in Ann Granger's Mitchell & Markby series. The perfect read for fans of Kathy Cranston, Agatha Christie and ITV's Midsomer Murders. 'Ingenious... witty... picturesque... amusingly idiosyncratic' - New York Times In the heart of the leafy Cotswolds a body is found. A teenage girl, probably local, somebody's daughter who went out one evening and didn't come back. It is not long before she is identified: fifteen-year-old Lynne Wills who habitually drank underage in 'The Silver Bells' pub and, on the night of her death, was seen leaving with an unknown man. Chief Inspector Markby's friend Meredith Mitchell has been befriended by another troubled young local girl, Katie Conway. On the surface Lynne and Katie have nothing in common except their age and home town. But could the insights Katie gives Meredith into her difficult family background - an unstable, aristocratic mother, a doting father at the end of his tether, and a scheming resident secretary - throw some light on the other young girl? And, given that forensic evidence now points to Lynne Wills's murder having taken place in the Devaux family mausoleum, on her murder too ...? What readers are saying about A Fine Place for Death: 'It kept me guessing until the very end. Ann Granger has managed to create believable characters that are both likeable and interesting' 'I recommend this book and this series to anyone who enjoys well written crime novels with interesting characters and plots' 'Fantastic twists and turns'