Republicanism in the Modern World 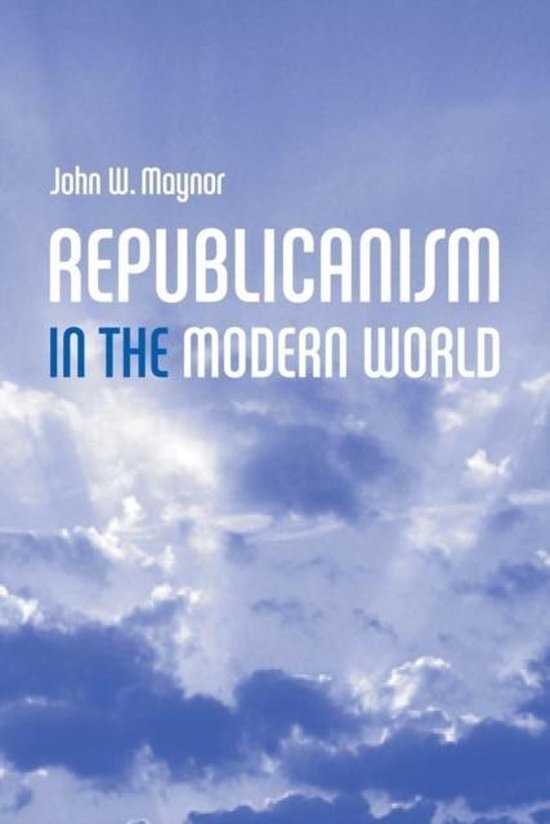 In response to the dominance of liberalism, some theorists have recently embraced the republican model as an attractive alternative. The overriding appeal of these moves seems to be the robust emphasis that forms of republicanism place on citizenship and civic virtue in light of what many commentators see as a decline in the social nature of modern politics. However, many of these discussions about republicanism are inconsistent and fail to capture the essence of a classical republican theory for todaya s complex modern world. The result is that the ideals and values of classical republicanism have become diluted and misappropriated as they are utilized by both philosophers and politicians without a clear and consistent sense of their historical pedigree and their relevance to the contemporary world. Republicanism in the Modern World develops and extends the theoretical implications of a distinctive republican conception of liberty as non--domination. Building on the recent work of Quentin Skinner and Philip Pettit, Maynor explores the complex interdependent relationship between liberty as non--domination and conflict, citizenship, and civic virtue to develop a modern theory of republicanism. Maynor argues that modern republicanism, inspired and informed by classical versions, can be the basis for a renewed effort to rejuvenate the political ideals and institutions of the modern democratic nation--state. This book will be invaluable to students and scholars in politics, political philosophy and international relations.