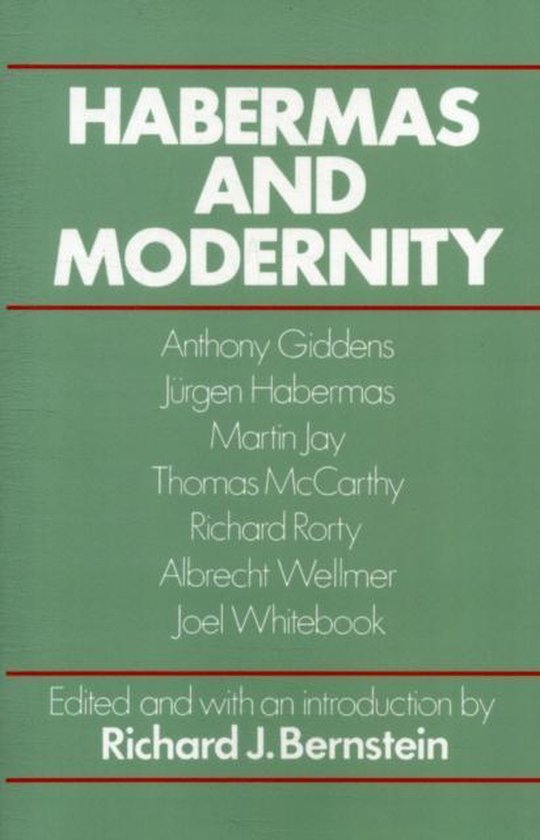 Jurgen Habermas is one of the leading and one of the most challenging social theorists of our time. During the past several decades he has been developing a systematic critical analysis of modernity -- its historical origins, pathologies and future prospects. He is a thinker who has been uncannily attuned to the basic moods and vital concerns of contemporary culture. He stubbornly resists those who claim that Western rationality is exhausted, that the Enlightenment legacy is dead and that the project of modernity is a failure. He has elaborated a comprehensive theory of rationality and the rationalisation processes of modernisation -- one which highlights the intersubjective character of communicative action. His ambitious and carefully argues intellectual project invites -- indeed commands -- rigorous critical scrutiny. This collection of critical essays draws together leading thinkers from a variety of fields in order to assess some of Habermasa s major theses concerning the philosophical, cultural and social conditions of modernity. In his substantial reply to these critics Habermas clarifies and defends his view, specifying a range of new problems which demand further analysis. This book is an invaluable resource for understanding Habermasa s work and an essential text for anyone who is interested in current debates about the nature of, ad prospects for, contemporary societies and modern culture.