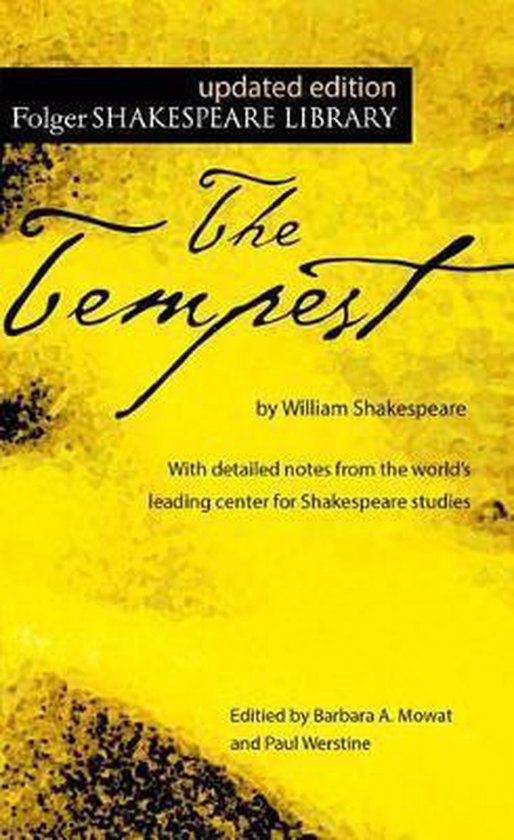 The authoritative edition of The Tempest from The Folger Shakespeare Library, the trusted and widely used Shakespeare series for both students and general readers.

Putting romance onstage, The Tempest gives us a magician, Prospero, a former duke of Milan who was displaced by his treacherous brother, Antonio. Prospero is exiled on an island, where his only companions are his daughter, Miranda, the spirit Ariel, and the monster Caliban. When his enemies are among those caught in a storm near the island, Prospero turns his power upon them through Ariel and other spirits.

The characters exceed the roles of villains and heroes. Prospero seems heroic, yet he enslaves Caliban and has an appetite for revenge. Caliban seems to be a monster for attacking Miranda, but appears heroic in resisting Prospero, evoking the period of colonialism during which the play was written. MirandaĀ’s engagement to Ferdinand, the Prince of Naples and a member of the shipwrecked party, helps resolve the drama.

Essay by Barbara A. Mowat

The Folger Shakespeare Library in Washington, DC, is home to the worldĀ’s largest collection of ShakespeareĀ’s printed works, and a magnet for Shakespeare scholars from around the globe. In addition to exhibitions open to the public throughout the year, the Folger offers a full calendar of performances and programs. For more information, visit Folger.edu.