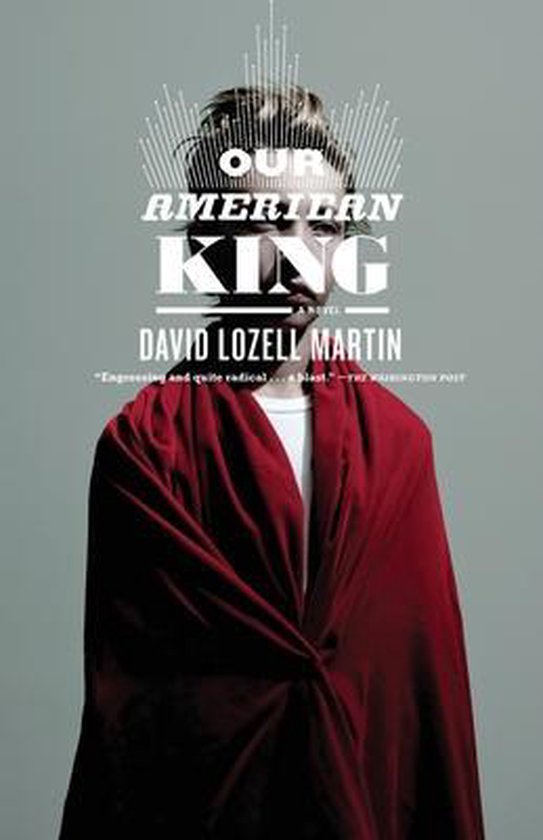 When America fell, she fell hard. Now chaos and calamity fill the vacuum left by a collapsing federal government. The strong and the armed prey on the law-abiding. Only the wealthiest Americans, who have bought up and seized every available commodity, get by unscathed. Protected by the United States Army and their own hired guards, the rich have made their deals.

But no one is making deals on behalf of the Americans who have-not. John and Mary, a long-married couple, are starving to death in a suburb of Washington, D.C. In the delirium of starvation, John becomes convinced that an American king has risen up -- benevolent, uncorrupted, and able to restore faith and prosperity to the nation. Mary walks with her husband into the District of Columbia to see if there's any truth to this madness of an American king.

At the fence bordering the White House, which has been abandoned, overrun, and destroyed, John and Mary find a man who is hanging dead politicians ''the way they spoke their words,'' upside down and backwards. John convinces this man, Tazza, that he can be king and that the people of America will find as much strength and goodness in serving a king as they did in practicing a democracy.

Charismatic, royal, and alpha, Tazza is adored by the American people. He converts marauders to his cause, organizes scavengers to feed the hungry, and seems destined to establish a beloved and benevolent American monarchy. But Tazza cannot escape the inevitability of history, and when the federal government returns, a war ensues that sweeps across America and lasts for decades.

In this conflict between forms of government, in a people's fight for survival, Our American King unearths massive forces and powerful truths and challenges readers with provocative questions: If a calamity destroyed the American government, who among us would survive? Who would die from weakness and fear? What kind of leaders would emerge?

In vintage Martin style, Our American King grabs the reader on page one and never lets go. This is a journey by turns dire and thrilling, authoritative and mythical, heartbreaking and magical. For decades now, David Lozell Martin's novels, including cult favorites Lie to Me and The Crying Heart Tattoo, have set the bar for powerful and eccentric thrillers. This new one is his most powerful yet.