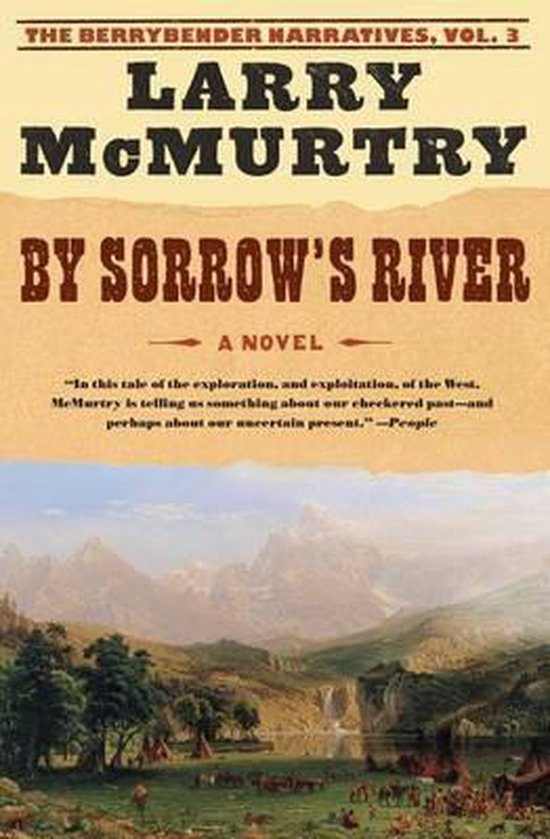 In this tale of high-spirited and terrifying adventure, set against the background of the West that Larry McMurtry has made his own, By Sorrow's River is an epic in its own right, with an extraordinary young woman as its leading figure. At the heart of this third volume of his Western saga remains the beautiful and determined Tasmin Berrybender, now married to the Sin Killer and mother to their young son, Monty. By Sorrow's River continues the Berrybender party's trail across the endless Great Plains of the West toward Santa Fe, where they intend, those who are lucky enough to survive the journey, to spend the winter. They meet up with a vast array of characters from the history of the West: Kit Carson, the famous scout; Le Partezon, the fearsome Sioux war chief; two aristocratic Frenchmen whose eccentric aim is to cross the Great Plains by hot air balloon; a party of slavers; a band of raiding Pawnee; and many other astonishing characters who prove, once again, that the rolling, grassy plains are not, in fact, nearly as empty of life as they look. Most of what is there is dangerous and hostile, even when faced with Tasmin's remarkable, frosty sangfroid. She is one of the strongest and most interesting of Larry McMurtry's women characters, and is at the center of this powerful and ambitious novel of the West.