A Nation Under God? 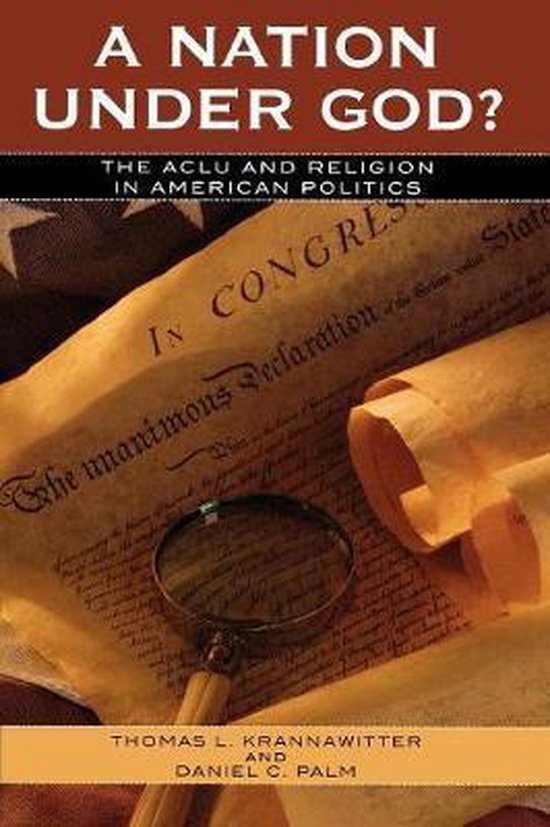 A Nation Under God? raises the question of why the ACLU relentlessly attacks public expressions of mainstream religious faith. The answer, according to the book's argument, is that the work of the ACLU is informed by a larger political project-modern liberalism-to transform American government and society into an administrative-welfare state. Modern liberalism requires two decisive changes in American politics if it is to be successful: First, the government of limited powers mandated by the Constitution must become a government of unlimited powers and scope. Second, free, self-reliant, and independent citizens must become dependent on and understand themselves as subservient to government. The ACLU's drive to remove religion and morality from the public square advances both goals.

Limited, constitutional government rests on the idea that rights come from God; the power of government should be limited commensurate to the limited purpose of legitimate government: to protect our natural, God-given rights. With God removed from the public square, it becomes much easier politically to argue that government is the source of rights, and that every expansion of government power is tantamount to an expansion of rights.

Further, self-reliant citizens are not in need of and are unlikely to support large government welfare programs. But self-reliancy is largely a function of self-control and moral responsibility. Immoral and irresponsible citizens are incapable of providing for themselves and their families. Driving God and morality out of the public square serves to break down public morality, which in turn creates classes of citizens who are dependent on government assistance and regulation.

Through endless litigation against public expressions of religion and morality and its distorted interpretations of the Establishment and Free Exercise Clauses, the ACLU reveals its real agenda and its real allegiance, which is not to the Constitution or Bill of Rights, but to a radical liberal ideology that seeks