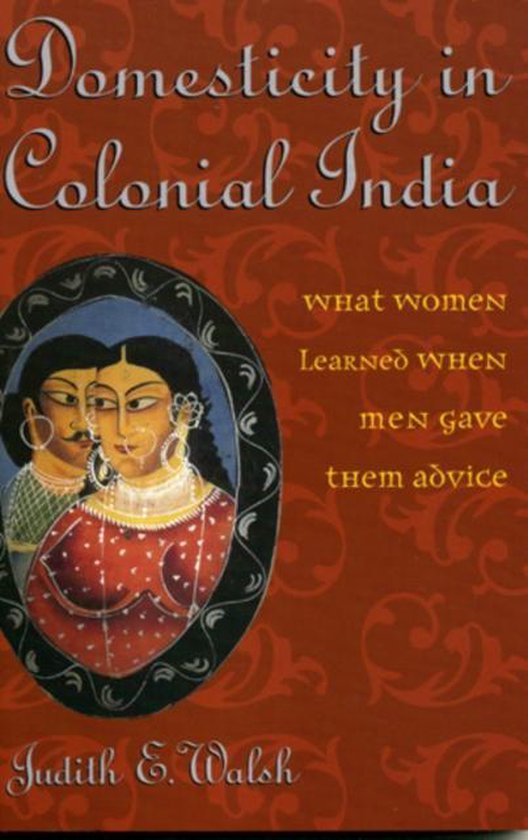 Domesticity in Colonial India offers a trenchant analysis of the impact of imperialism on the personal, familial, and daily structures of colonized people's lives. Exploring the 'intimacies of empire,' Judith E. Walsh traces changing Indian gender relations and the social reconstructions of the late nineteenth century. She sets both in the global context of a transnationally defined discourse on domesticity and in the Indian context of changing family relations and redefinitions of daily and domestic life. By the 1880s, Hindu domestic life and its most intimate relationships had become contested ground. For urban, middle-class Indians, the Hindu woman was at the center of a debate over colonial modernity and traditional home and family life. This book sets this debate within the context of a nineteenth-century world where bourgeois, European ideas on the home had become part of a transnational, hegemonic domestic discourse, a 'global domesticity.' But Walsh's interest is more in hybridity than hegemony as she explores what women themselves learned when men sought to teach them through the Indian advice literature of the time. As a younger generation of Indian nationalists and reformers attempted to undercut the authority of family elders and create a 'new patriarchy' of more nuclear and exclusive relations with their wives, elderly women in extended Hindu families learned that their authority in family life (however contingent) was coming to an end. But young women learned a different lesson. The author draws on an important advice manual by a woman poet from Bengal and women's life stories from other regions of India to show us how young women used competing patriarchies to launch their own explorations of agency and self-identity. The practices of family, home, and daily life that resulted would define the Hindu woman of the twentieth and twenty-first centuries and the domestic worlds in which she was embedded.