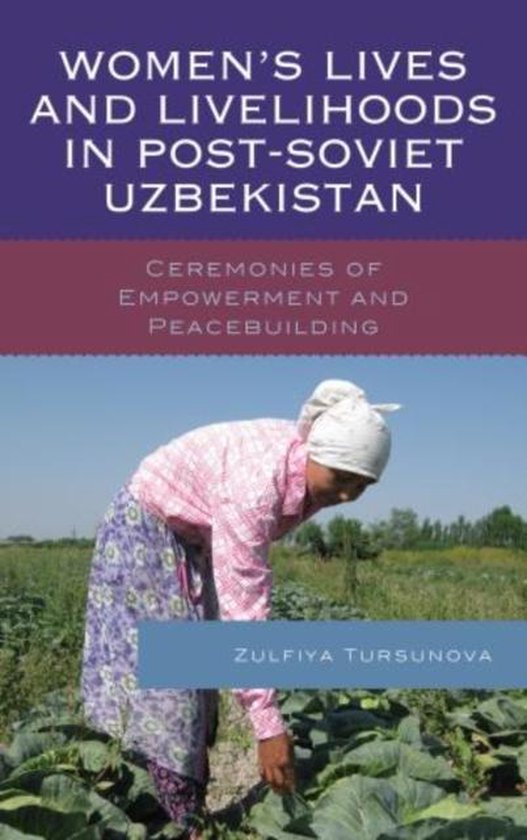 Women in Uzbekistan have been labeled as victims of patriarchy and submissive, voiceless bodies who lack agency and decision-making power. They are also often symbolized as preservers of rituals and culture and also the victims of socio-economic transformations. During the years of land tenure changes from collectivization to de-collectivization, World War II and the five-year plan economy, women played a vital role in pursuing a diverse range of livelihood opportunities to sustain their families and communities. But what kind of livelihood activities do women pursue in rural areas in Uzbekistan? What do they think about themselves? Do they exercise agency? What are their values, desires, dreams, and inspirations in the post-Soviet period in Uzbekistan?
Women's Lives and Livelihoods in Post-Soviet Uzbekistan presents women's voices and their experiences of carrying out livelihood activities such as farming, trading, baking, sewing, building greenhouses, and establishing furniture workshops. In a major contribution to the study of post-Soviet transformations, Zulfiya Tursunova demonstrates how women exercise multi-dimensional empowerment by joining social and economic saving networks such as gap and chernaya kassa. These networks represent a collective movement and action against economic dependency of women on men and the state micro-loan bank system. The networks that do not require external donor interventions have been able to empower women for social justice, knowledge, redistribution of resources, and conflict resolution in ways that are vital to community development.
Tursunova provides accounts of such ceremonies as mavlud, ihson, Bibi Seshanba, and Mushkul Kushod. These ceremonies show the ways the conflict resolution practices of women are woven into their everyday life, and function autonomously from the hierarchical elite-driven Women's Committees and state court systems established in the Soviet times. Many local healers and otins (religious teachers) use their discursive knowledge, based on Islam, Sufism, shamanism, and animism to challenge and transform women's subordination, abuse, and other practices that impinge on women's needs and rights. These female religious leaders, through different ceremonial practices, create space for raising the critical consciousness of women and transform the social order for maintaining peace in the communities.