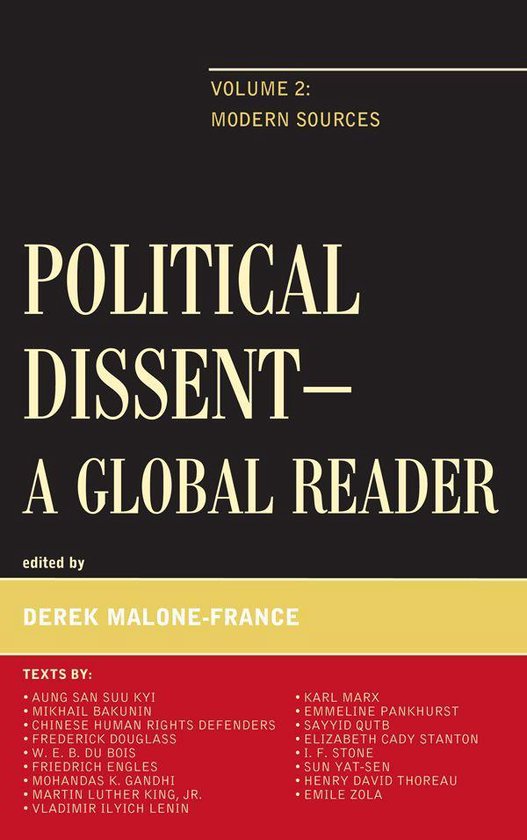 This is a global anthology of great texts in the history of political dissent. Volume 1 spans the ancient and early-modern world, beginning with the Book of Isaiah, from the eighth century, BCE, and ending with John C. Calhoun’s “South Carolina Exposition,” from the early nineteenth century CE. Volume 2 begins with Elizabeth Cady Stanton and the “Seneca Falls Declaration of Sentiments,” from the mid-nineteenth century, and ends with the 2008 online Chinese human rights manifesto “Charter 08”. The selected texts come from across the ideological spectrum, representing a wide range of political, cultural, philosophical, and religious perspectives. Each text has been framed with an introduction that describes its historical context and importance and provides readers with assistance in interpreting the text—including explanations of unfamiliar terms and concepts. These introductions have been written for a general audience. Each text is also accompanied by a list of “Suggestions for Further Reading,” which points interested readers toward reliable sources for further exploration of the text, its author, and/or the historical moment or issues involved. This anthology should be accessible and useful to anyone from advanced high school students to scholarly specialists.