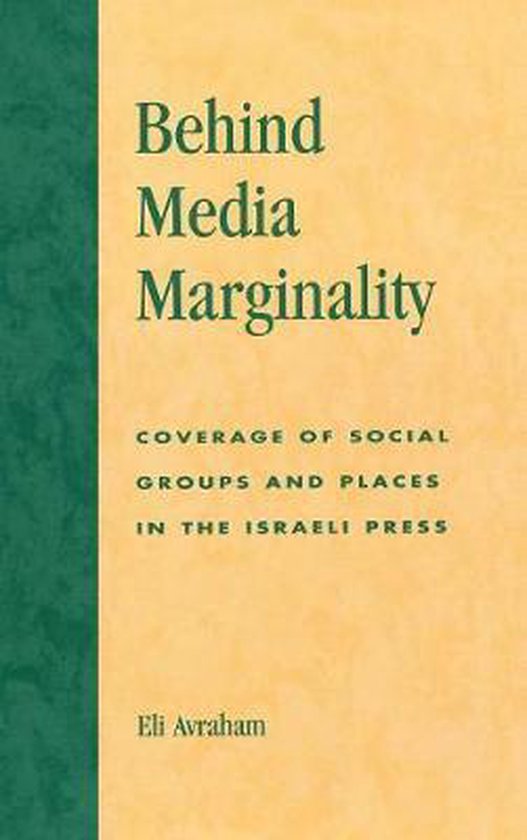 Behind Media Marginality examines the considerations and decisions that have resulted in the distorted and negative media coverage of minority groups in the Israeli media. Author Eli Avraham looks closely at media portrayals of those living in the geographic margins of Israeli kibbutzim, Jewish settlements in the West Bank, development cities, and the Israeli-Arab community from the 1960s through the 1990s. An analysis both of media operations and of Israeli society, this book provides important insights into the role of the media in the formation of national identity.