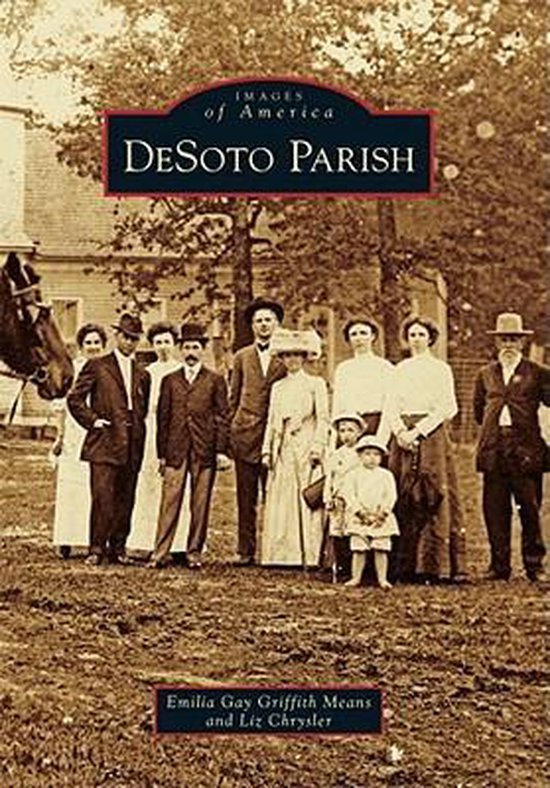 Located in northwestern Louisiana, DeSoto Parish exemplifies the evolution of the Southern frontier. The parish was an early Louisiana meeting ground of Frenchmen from Natchitoches, who settled along Bayou Pierre and traded with the native Caddo Indians. In the 1840s, subsistence agriculture, cattle, and moderate trade were joined by the agriculture of the cotton kingdom with its flood of new settlers, who built small farms and sizable plantations. In the late 19th century, the economy diversified as the whistle of the railroad echoed against the roar of the lumber mills. Inhabiting new station-stop towns, DeSoto Parish residents built schools, filled churches, and settled their disputes in a fine new courthouse in the parish seat of Mansfield. Comings and goings, frozen by the flash of a camera, are presented in Images of America: DeSoto Parish.