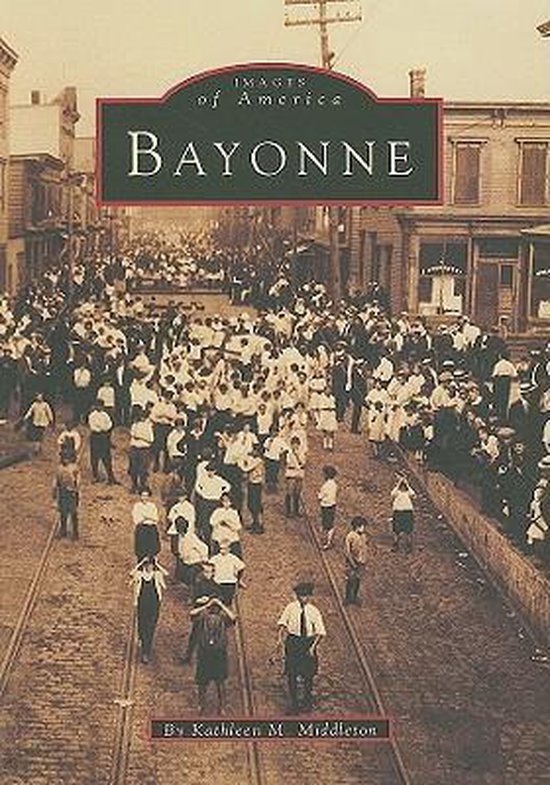 Collected in this intriguing visual history are over 200 photographs which bring to life the rich and diverse history of Bayonne, New Jersey.

Bayonne has made a number of significant contributions to American culture: from the country's first "rock band" and its first independent movie studio, to its first air-mail delivery and fast-food restaurants. This visual history brings these little-known contributions to light while also focusing on the everyday lives of the people of Bayonne. In this fascinating journey into the past, we move from disasters such as the Standard Oil fire of 1900 to celebrations such as the arrival of a Wild West Show at the 8th Street station. Views of the lighthouses and the old New York Bay shore document the continued importance of the city's two shores, even as it transformed itself from being the "Newport on the Hudson" to the "Peninsula of Industry." Jump into Bayonne's history from the years 1860 to 1940.