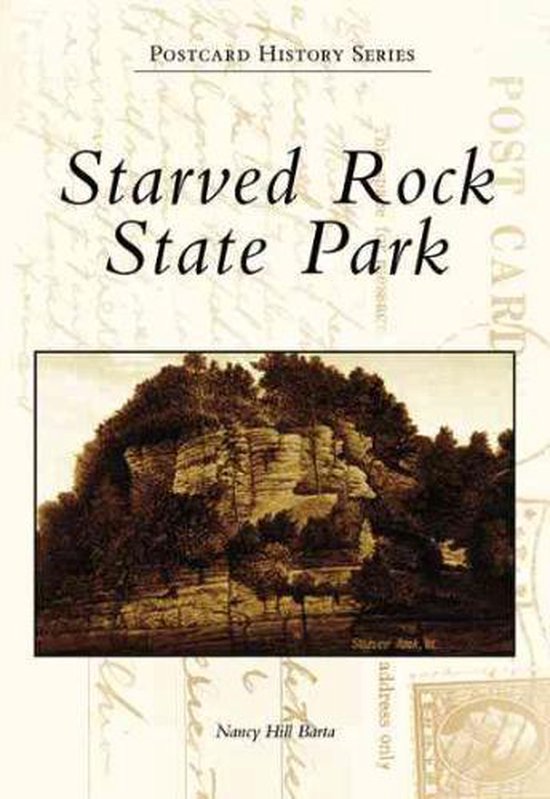 Starved Rock State Park is located midway between Ottawa and LaSalle. The park has more than 2,630 acres that include 18 beautiful canyons and waterfalls. One of the largest Native American encampments, the Grand Village of the Kaskaskia was located near Starved Rock. Fr. Jacques Marquette and Louis Joliet are believed to be the first white men to have set eyes upon the rock. Ren©-Robert Cavelier, Sieur de La Salle, built Fort St. Louis on the rock. Legend has it that a band of Illinois Indians starved to death while seeking refuge from its enemies on the rock, hence the name Starved Rock. Starved Rock State Park has remained virtually
unchanged through the years as its history is told through the author's vintage postcards.