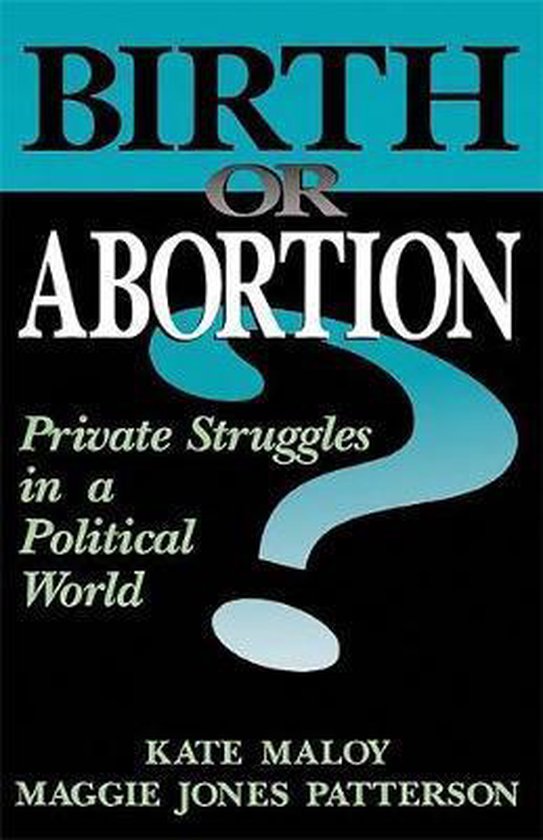 Many Americans who believe that women should be able to choose when and whether to bear a child are also deeply disturbed by the one-and-one-half million abortions performed each year in this country. They regard these concerns as irreconcilable, because the topic of abortion, until now, has been framed as a black-or-white conflict between the rights of the mother and those of the fetus. The very idea of compromise or common cause draws scorn among factions. How, after all, can the political debate about abortion permit any more options than pregnancy itself does? This extraordinary book tells fifty stories about women from strikingly diverse backgrounds who have had to choose whether to give birth or to abort. About half of these women carried their pregnancies to term the others ended them. Their decisions arose from heartfelt struggles, expressed in terms completely different from those that prevail in the public debate. Some women who abhor abortion ended up choosing that option others who are prochoice opted for birth or had abortions that, in some instances, caused them sorrow or regret. The outcome of nearly every private dilemma hung on practical and emotional matters - the quality of the connection between the woman and the man, the financial resources available, the number of children the woman already had, the state of her self-esteem, and the health of the fetus - rather than on the weighing of rights. These insightful and eloquent authors hold up a mirror to our society and show us that we have pitted mother against fetus. They ask whether we have emphasized the rights of individuals at the expense of human responsibility and care. This most intellectually challenging yetsensitive book transcends all other books on this topic. The complexity and rich nuances of the stories it tells permits us to see this controversy with new eyes. These stories, woven together, are our nation's story - one that has never been told by the long and angry debate. Once we learn to hear these women, we may also learn to listen to one another and work toward common values and moral responsibility.|This book tells fifty stories about women from strikingly diverse backgrounds who have had to choose whether to give birth or to abort.