The Presumption of Innocence and Irish Criminal Law 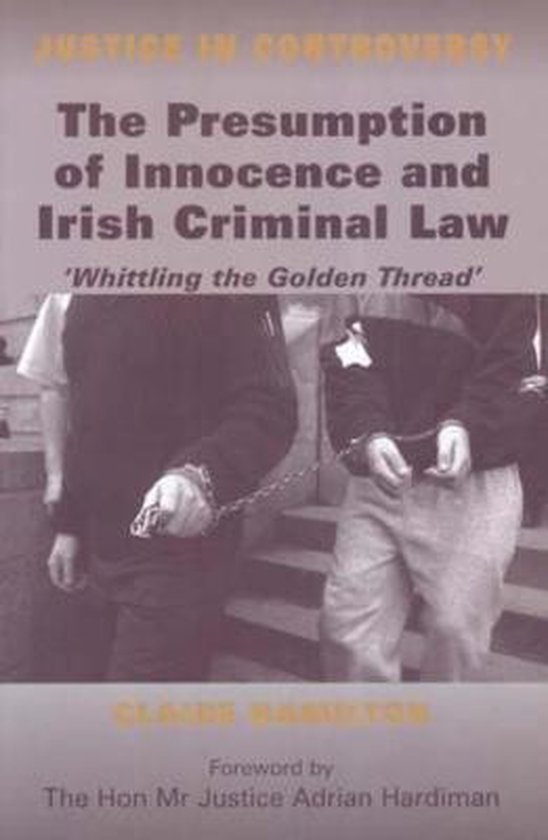 The right to be presumed innocent until proven guilty has been described as the 'golden thread' running through the web of English criminal law and a ''fundamental postulate'' of Irish criminal law which enjoys constitutional protection. Reflecting on the bail laws in the O'Callaghan case, Walsh J. described the presumption as a 'very real thing and not simply a procedural rule taking effect only at the trial'. The purpose of this book is to consider whether the reality matches the rhetoric surrounding this central precept of our criminal law and to consider its efficacy in the light of recent or proposed legislative innovations. Considerable space is devoted to the anti-crime package introduced by the government in the period of heightened concern about crime which followed the murder of journalist Veronica Guerin. Described by the Bar Council as ''the most radical single package of alterations to Irish criminal law and procedure ever put together, '' the effect of the package was an amendment of the bail laws and the introduction of preventative detention; a curtailment of the right to silence for those charged with serious drugs offences and the introduction of a novel civil forfeiture process to facilitate the seizure of the proceeds of crime, a development which arguably circumvents the presumption. Given these developments, the question posed in the book is whether we can lay claim to a presumption that is more than merely theoretical or illusory.