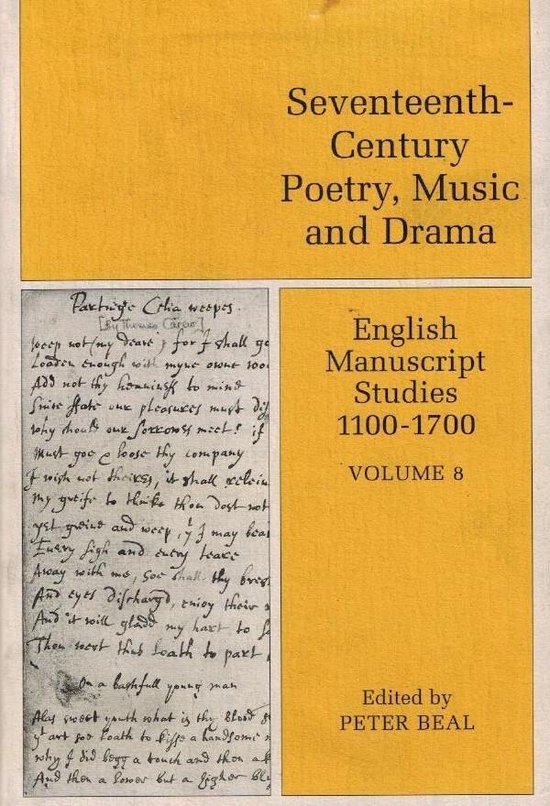 English Manuscript Studies is an annual periodical reflecting the growing level of scholarly interest in manuscript sources for literature and intellectual history from medieval to modern times. Contributors for Volume 8 include Hilton Kelliher on "Beaumont, Fletcher and Field: New Biographical Light from Cambridge Records", James Knowles on "The Duke of Buckingham Masque", Peter Beal on "The Gower Manuscript of Poems by Thomas Carew", Scott Nixon on "The Manuscript Sources of Thomas Carew's Poetry", Richard Charteris on "A Newly Discovered Songbook in Poland with Works by Henry Lawes and his Contemporarie"s. Shorter articles include "Donne Manuscripts in Cheshire" by Dennis Flynn, "'Not the Worst part of my wretched life': Three New Letters by Rochester" by Keith Walker, " A New Dating of Rochester's Artemiza to Chloe" by Nicholas Fisher, and A S G Edwards on "Manuscripts at Auction January 1997 to December 1998".