Indians, Alcohol, and the Roads to Taos and Santa Fe 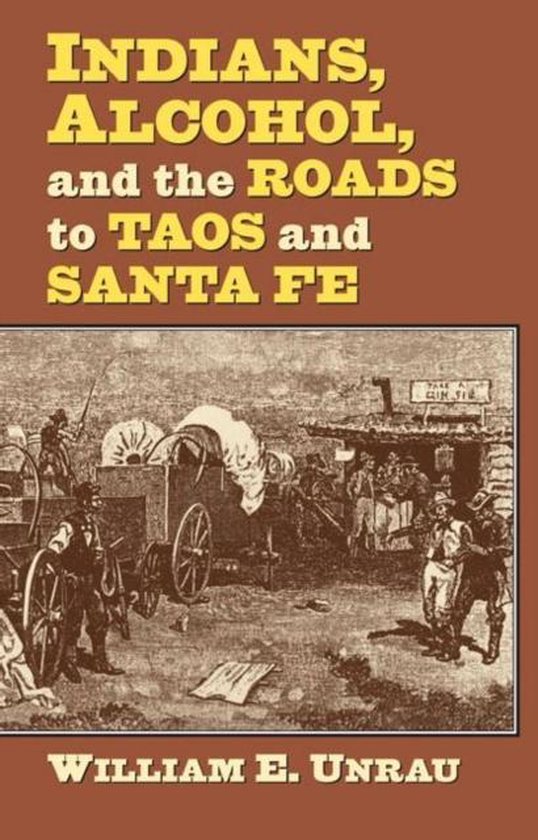 In the culture of the American West, images abound of Indians drunk on the white man's firewater, a historical stereotype William Unrau has explored in two previous books. His latest study focuses on how federally-developed roads from Missouri to northern New Mexico facilitated the diffusion of both spirits and habits of over-drinking within Native American cultures. Unrau investigates how it came about that distilled alcohol, designated illegal under penalty of federal fines and imprisonment as a trade item for Indian people, was nevertheless easily obtainable by most Indians along the Taos and Santa Fe roads after 1821. Unrau reveals how the opening of those overland trails, their designation as national roads, and the establishment of legal boundaries of Indian Country all combined to produce an increasingly unstable setting in which Osage, Kansa, Southern Cheyenne, Arapahoe, Kiowa, and Comanche peoples entered into an expansive trade for alcohol along these routes. Unrau describes how Missouri traders began meeting Anglo demand for bison robes and related products, obtaining these commodities in exchange for corn and wheat alcohol and ensnaring Prairie and Plains Indians in a market economy that became dependent on this exchange. He tells how the distribution of illicit alcohol figured heavily in the failure of Indian prohibition, with drinking becoming an unfortunate learned behaviour among Indians, and analyses this trade within the context of evolving federal Indian law, policy, and enforcement in Indian Country. Unrau's research suggests that the illegal trade along this route may have been even more important than the legal commerce moving between the mouth of the Kansas River and the Mexican markets far to the southwest. He also considers how and why the federal government failed to police and take into custody known malefactors, thereby undermining its announced program for tribal improvement. Indians, Alcohol, and the Roads to Taos and Santa Fe cogently explores the relationship between politics and economics in the expanding borderlands of the United States. It fills a void in the literature of the overland Indian trade as it reveals the enduring power of the most pernicious trade good in Indian Country.