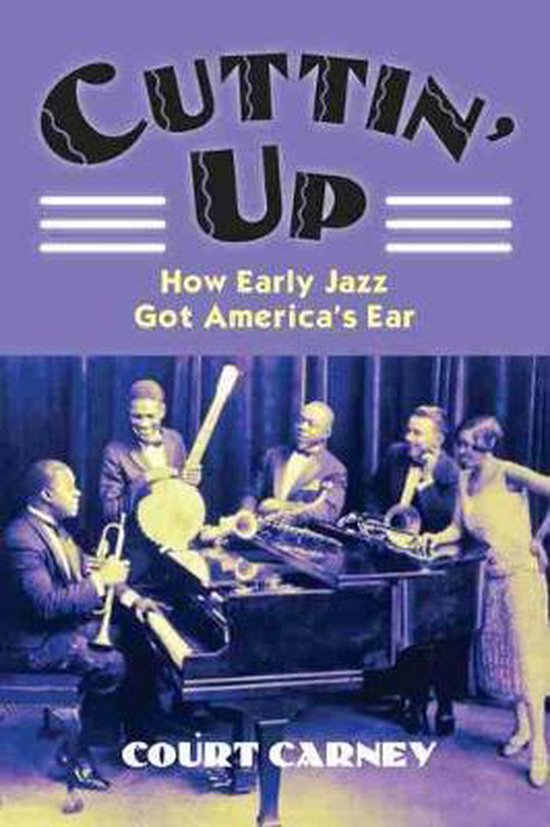 The emergence of jazz out of New Orleans is part of the American story, but the creation of this music was more than a regional phenomenon: it also crossed geographical, cultural, and technological lines. Court Carney takes a new look at the spread and acceptance of jazz in America, going beyond the familiar accounts of music historians and documentarians to show how jazz paralleled and propelled the broader changes taking place in America's economy, society, politics, and culture. Cuttin' Up takes readers back to the 1920s and early 1930s to describe how jazz musicians navigated the rocky racial terrain of the music business-and how new media like the phonograph, radio, and film accelerated its diffusion and contributed to variations in its styles. The first history of jazz to emphasise the connections between these disseminating technologies and specific locales, it describes the distinctive styles that developed in four cities and tells how the opportunities of each influenced both musicians' choices and the marketing of their music. Carney begins his journey in New Orleans, where pioneers like Jelly Roll Morton and Buddy Bolden set the tone for the new music, then takes readers up the river to Chicago, where Joe Oliver's Creole Jazz Band, featuring a young Louis Armstrong, first put jazz on record. The genre received a major boost in New York through radio's live broadcasts from venues like the Cotton Club, then came to a national audience when Los Angeles put it in the movies, starting with the appearance of Duke Ellington's orchestra in Check and Double Check. As Carney shows, the journey of jazz had its racial component as well, ranging from New Orleans' melting pot to Chicago's segregated music culture, from Harlem clubs catering to white clienteles to Hollywood's reinforcement of stereotypes. And by pinpointing specific cultural turns in the process of bringing jazz to a national audience, he shows how jazz opens a window on the creation of a modernist spirit in America. A 1930 tune called Cuttin' Up captured the freewheeling spirit of this new music-an expression that also reflects the impact jazz and its diffusion had on the nation as it crossed geographic and social boundaries and integrated an array of styles into an exciting new hybrid. Deftly blending music history, urban history, and race studies, Cuttin' Up recaptures the essence of jazz in its earliest days.