The Detroit School Busing Case: Milliken v. Bradley and the Controversy Over Desegregation 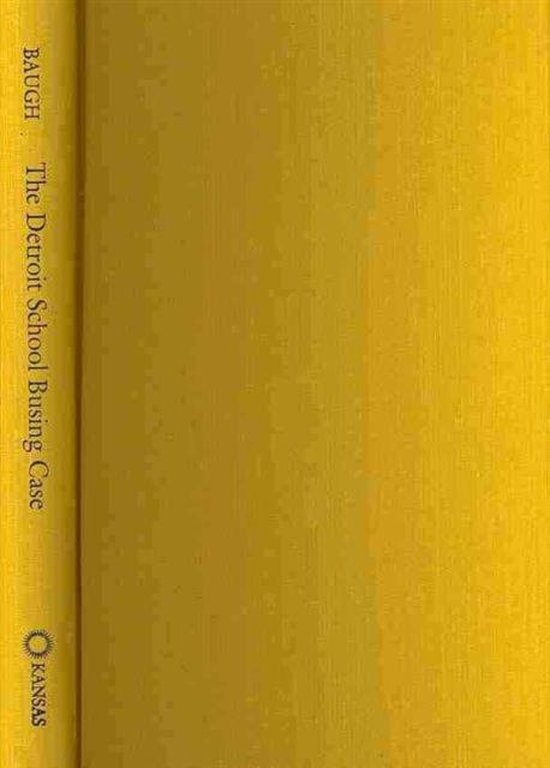 In the wake of Brown v. Board of Education, racial equality in American public education appeared to have a bright future. But, for many, that brightness dimmed considerably following the Supreme Court's landmark decision in Milliken v. Bradley (1974). While the literature on Brown is voluminous, Joyce Baugh's measured and insightful study offers the only available book-length analysis of Milliken, the first major desegregation case to originate outside the South. As Baugh chronicles, when the city of Detroit sought to address school segregation by busing white students to black schools, a Michigan statute signed by Gov. William Milliken overruled the plan. In response, the NAACP sued the state on behalf of Ronald Bradley and other affected parents. The federal district court sided with the plaintiffs and ordered the city and state to devise a metropolitan plan that crossed city lines into the suburbs and encompassed a total of fifty-four school districts. The state, however, appealed that decision all the way to the Supreme Court. In its controversial 5-4 decision, the Court's new conservative majority ruled that, since there was no evidence that the suburban school districts had deliberately engaged in a policy of segregation, the lower court's remedy was wholly impermissible and not justified by Brown-which the Court said could only address de jure, not de facto segregation. While the Court's majority expressed concern that the district court's remedy threatened the sanctity of local control over schools, the minority contended that the decision would allow residential segregation to be used as a valid excuse for school segregation. To reconstruct the proceedings and give all claims a fair hearing, Baugh interviewed lawyers representing both sides in the case, as well as the federal district judge who eventually closed the litigation; plumbed the papers of Justices Blackmun, Brennan, Douglas, and Marshall; talked with the main reporter who covered the case; and researched the NAACP files on Milliken. What emerges is a detailed account of how and why Milliken came about, as well as its impact on the Court's school-desegregation jurisprudence and on public education in American cities.