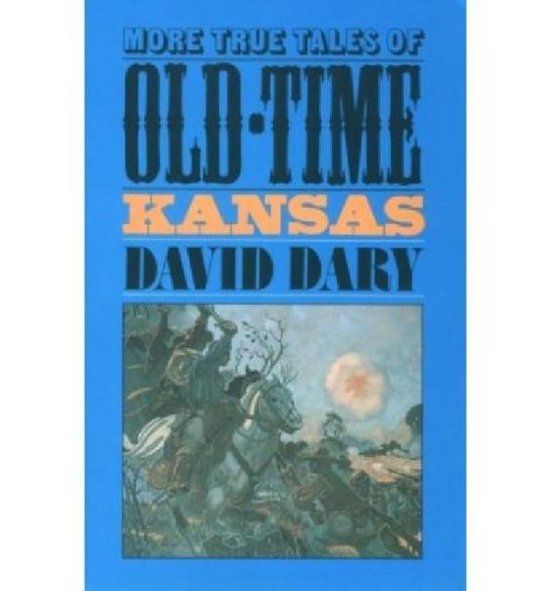 Rollicking, adventurous, touching is how American West magazine described David Dary's first collection of stories, True Tales of Old-Time Kansas. This sequel, containing forty-one episodes, sagas, and legends from Kansas's vigorous, free-spirited past, shows Dary again at his entertaining best. More True Tales is filled with engaging stories of outlaws and lawmen, trailride adventures, buried treasures, natural catastrophes, the famous and the obscure. Sometimes romantic and always colorful, these stories touch on the struggles and hardships encountered by the pioneers as they attempted to adjust to life in early Kansas. The tales reflect the pioneering spirit of the nineteenth and early twentieth centuries in this part of the country--love of freedom and individualism, and a healthy respect for Nature. In these pages Dary brings to life the excitement and adventure of the Old West: the revenge and vengeance of Bloody Bill Anderson and Dutch Henry, the exploits of bank and train robber Bill Doolen, mayhem in the state's most violent town. Colorful hermits and trappers, traders and town builders join historical characters such as William Becknell, Father of the Santa Fe Trail--whose expedition turned a two thousand percent profit--and Lizzie Johnson Williams, the first woman to follow the Western Trail. The publisher Horace Greeley described urban life along the Santa Fe Trail: It takes three log houses to make a city in Kansas, but they begin calling it a city as soon as they have staked out the lots. Dary recounts vividly the onslaught of cyclones, tornadoes, floods, droughts, blizzards, grasshopper hordes, and dreaded prairie fires. And he includes a section of amazing tall tales--such fish stories as harnessed catfish pulling boats along the Neosho River. A generous number of illustrations helps bring the tales to life. For Dary's many fans, this new collection provides more of what Ray A. Billington, renowned historian of the Old West, described as authentic history, delightfully told. And, as Richard Bartlett, author of Great Surveys of the American West said of the first True Tales volume, Where else but in the frontier West were such stories really lived?