The Presidency of Harry S. Truman 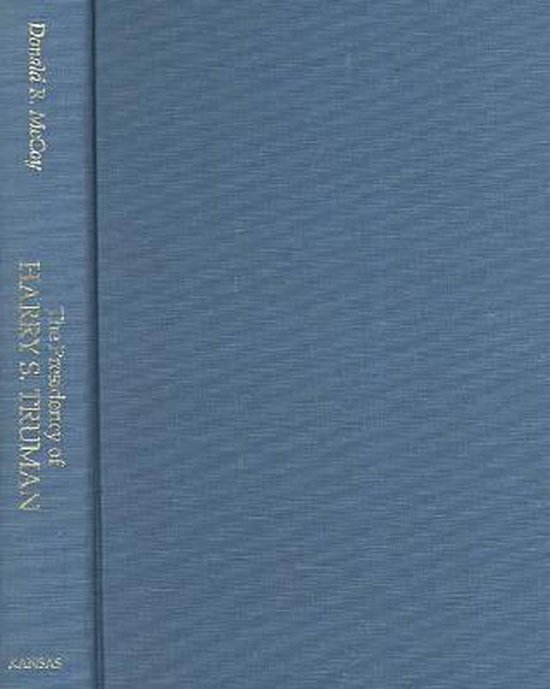 Tough, concerned, direct, occasionally vulgar, and often partisan--Harry S. Truman would never completely work himself out from the shadow of Franklin Delano Roosevelt. Yet Truman partly commands our attention because he was the successful executor of Roosevelt's remarkable political estate. It is not too much to suggest that the Truman administration, along with that of FDR, constituted the most important turning point in recent U.S. history. During the Roosevelt administration the American state system had changed dramatically: the federal government had rapidly become ascendant over state and local governments, and the executive branch--particularly the presidency--had become a repository of vast power. After 1945, it remained for Truman to make the new American state system a permanent feature at home and to define its role on the world scene. As a seasoned politician and officeholder, Truman's overall goals were clear from the beginning of his presidency, and he pursued them, though not without some confusion, throughout his two terms in the White House. Immediately upon his assumption of office, he was confronted by a succession of major problems: bringing a victorious end to World War II, plotting the peace that would follow, and devising policies for postwar economic reconversion at home. Here are detailed the domestic and foreign policy events of the Truman years--in civil rights, Social Security, employment, public housing, education, health, and natural resources; in the establishment of the United nations, the Marshall Plan, the North Atlantic Treaty, the increasingly stormy relations with the Soviet Union and the decision to fight in Korea, the creation of National Security Council and the CIA, the unification of the armed forces, and the president's loyalty-security program. In analyzing the central concerns and manifold difficulties of the period from 1945 to 1953, Donald R McCoy deepens our understanding of the administration that made big government a permanent and pervasive feature of the American scene and that raised the U. S. government to its position as an enduring and powerful presence in world affairs. This boldly stated assessment of the Truman administration's enormous influence on the nation and the world will be of interest to all students of American history.