The Convent of Pleasure 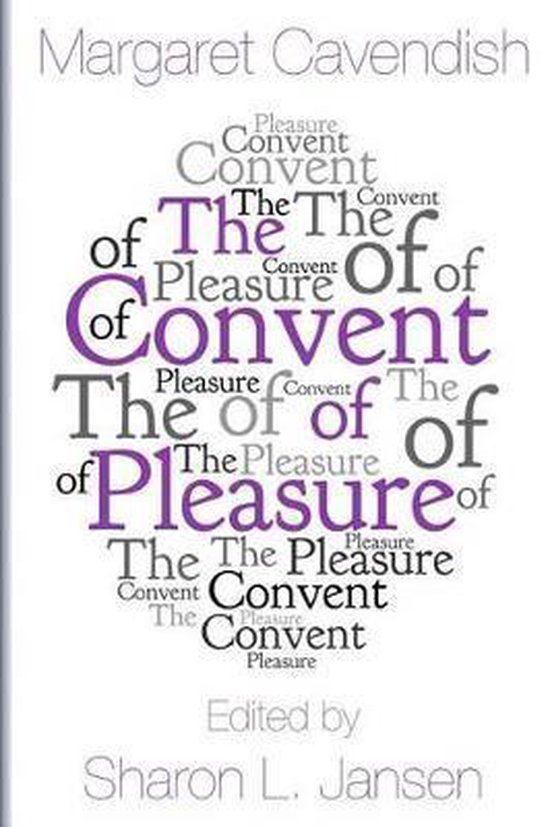 Margaret Lucas Cavendish, duchess of Newcastle (1623-1673), began her literary career in 1653, with the publication of a volume of her poems and another of her "philosophical fancies." Her writing continued at a hectic pace for nearly two decades. She did not limit herself to the genres considered "acceptable" for those few women who dared to publish in the late seventeenth century; instead, she wrote philosophical and scientific works, a utopian romance that has often been called the first work of science fiction in English, a biography of her husband, and her own autobiography. She also published two collections of dramatic works: the first of these, Plays, appeared in 1662, the second, Plays, Never before Printed, in 1668. Cavendish was keenly aware that her comedies and tragedies were unlikely to be acted, at least in her lifetime, but that did not deter her. "To those that do delight in scenes and wit / I dedicate my book," she writes in a brief poem at the beginning of Plays. She continues, "For all the time my plays a-making were, / My brain the stage, my thoughts were acting there." Today the most widely read of Cavendish's plays is The Convent of Pleasure, from Plays, Never before Printed. In this provocative comedy, Cavendish presents us with the delightful Lady Happy, whose determined efforts to avoid the pains of men and marriage lead her to construct a convent where women can devote themselves to enjoying life's pleasures. The women who retreat with her into the Convent of Pleasure are determined to avoid not only the dangers of men and marriage but also of childbirth and motherhood. Even so, they will not deny themselves the pleasures of love. Inside her convent, Lady Happy dares to imagine a radical alternative to marriage: since men and marriage cause only pain and suffering, perhaps a woman can fulfill her emotional and sexual desires with another woman. When she finds her soul's mate in a princess (rather than a prince), Lady Happy poses a critical question to herself and to us: "But why may not I love a woman with the same affection I could a man?" This Saltar's Point Press edition, designed for classroom use, provides readers with an ample introduction to Cavendish's life and work, a carefully modernized and well-presented text, helpful glosses and notes, a bibliography with references for further reading, and a chronology of Cavendish's published work.