The Autonomy of the Self from Richardson to Huysmans 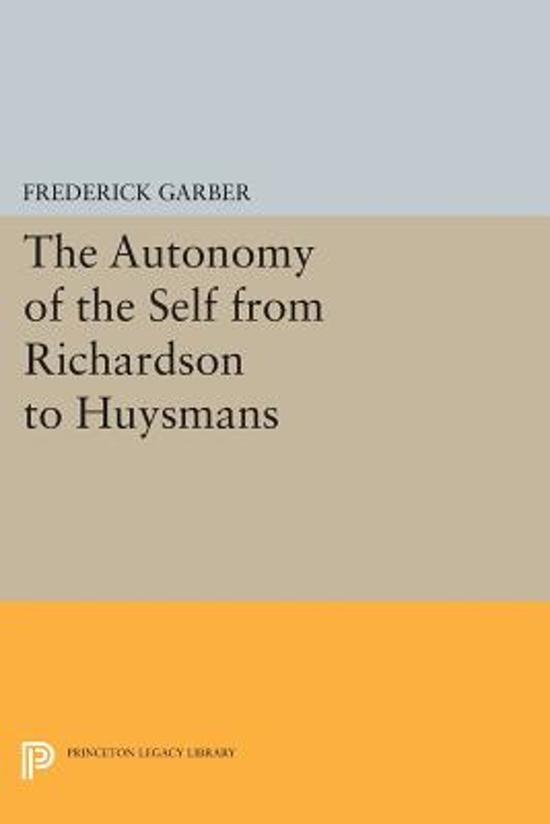 Frederick Garber studies in a wide range of English, French, German, and American literary texts instances of the struggle for the self's autonomy during the period preceding modernism. In tracing a pattern that changes from the unsettling of bourgeois conditions in Richardson to the collapse of that challenge in the Decadents, he demonstrates that this period is characterized by a pervasive dialectic of aloofness and association.

The Princeton Legacy Library uses the latest print-on-demand technology to again make available previously out-of-print books from the distinguished backlist of Princeton University Press. These editions preserve the original texts of these important books while presenting them in durable paperback and hardcover editions. The goal of the Princeton Legacy Library is to vastly increase access to the rich scholarly heritage found in the thousands of books published by Princeton University Press since its founding in 1905.