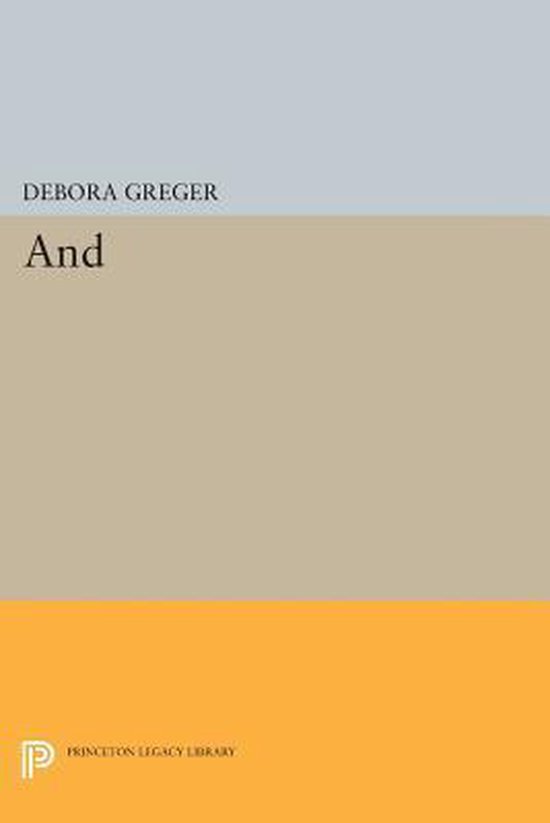 From the title poem: Ampersand pink as dead shrimp, the unborn curls in its tide pool--seed pearl whose mother lusters over irritant love it's too late to dislodge; little anemone, shrinking from touch. So and holds separate what it most closely binds. Review: Ms. Greger's poems take place at the point of encounter between the mind and the world of matter...And it is the resistance of the real and the increasing urgency the poet feels in trying to extinguish her solitude ...that make these poems emotional. --The New York Times Book Review Originally published in 1985. The Princeton Legacy Library uses the latest print-on-demand technology to again make available previously out-of-print books from the distinguished backlist of Princeton University Press. These editions preserve the original texts of these important books while presenting them in durable paperback and hardcover editions. The goal of the Princeton Legacy Library is to vastly increase access to the rich scholarly heritage found in the thousands of books published by Princeton University Press since its founding in 1905.