Politics of the Self 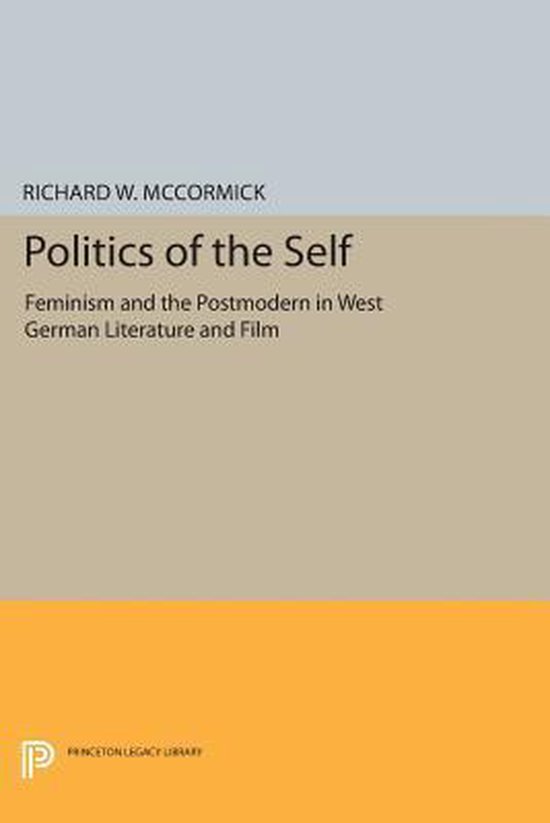 Richard McCormick examines the concepts of postmodernity and postmodernism as they apply to West Germany, discussing them against the background of cultural and political upheaval in that country since the 1960s, rather than exclusively in the more familiar setting of intellectual history. Considering six literary and cinematic texts that are marked by a preoccupation with the self and subjectivity, he underscores the crucial influence of feminism on writers and filmmakers--and on the postmodern. In a broad international context he describes the conflicting forces that affected the West German student movementthe rationalistic tradition of the Weimar Left and more irrational influences such as French existentialism and surrealism (as well as the American Beat movement and rock & roll)--and shows how these forces played themselves out so that dogmatic Marxist Leninism was repudiated in favor of a New Subjectivity. . At the center of the discussion are the novels Lenz by Peter Schneider, Class Love (Klassenliebe) by Karin Struck, and Devotion by Botho Strauss, and the films Wrong Move written by Peter Handke and directed by Wim Wenders, Germany, Pale Mother by Helma Sanders-Brahms, and The Subjective Factor by Helke Sander. The author shows how ongoing attempts to attack the separation of emotion from reason, life from art, the private from the public, and the personal from the political brought about changes in outlook, from the 1960s to the early 1980s, that are related to the rise of new political movements--ecology, nuclear disarmament, and feminism. Originally published in 1991. The Princeton Legacy Library uses the latest print-on-demand technology to again make available previously out-of-print books from the distinguished backlist of Princeton University Press. These editions preserve the original texts of these important books while presenting them in durable paperback and hardcover editions. The goal of the Princeton Legacy Library is to vastly increase access to the rich scholarly heritage found in the thousands of books published by Princeton University Press since its founding in 1905.