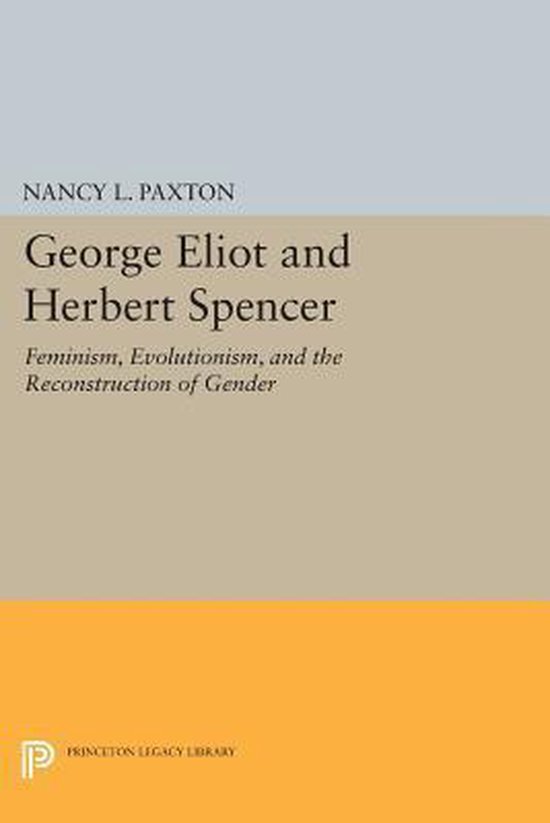 This analysis of the writings of two major Victorian intellectuals examines the crucial place of gender in the larger Victorian debate about nature, religion, and evolutionary theory. Demonstrating the primacy of Herbert Spencer's influence on George Eliot's thought, Nancy Paxton discloses the continuous dialogue between this profoundly learned novelist and one of the most formidable and influential scientific authorities of her time. Using rarely cited first editions of Spencer's published works, Paxton reveals that Eliot and Spencer initially agreed in supporting several of the goals of early Victorian feminism when they met in 1851. Paxton surveys all of Spencer's writing to show when and why he repudiated his early feminism and demonstrates Eliot's determined resistance to the most conservative tendencies of evolutionary theory in her representation of female sexuality, motherhood, feminist ambition, and desire. In comparing Eliot's and Spencer's evolutionary reconstruction of gender, the book draws on a wide variety of biographical, literary, and critical texts and on interdisciplinary scholarship about the relation between scientific and literary discourse in the nineteenth century. By thus reassessing Eliot's contribution to feminist thought, it presents a revolutionary reading of her novels which is informed by contemporary feminist criticism and the new historicism. This is an important book because of the questions it raises, the issues it covers, and the illumination it brings to Eliot and Spencer and to crucial problems in the nineteenth century: Paxton looks at the ways scientific data get turned into arguments about the nature of women in society, about women and education, about women and sexuality. This work shows how truly current Eliot's novels are, no matter what their setting. --Barry Qualls, Rutgers University Originally published in 1991. The Princeton Legacy Library uses the latest print-on-demand technology to again make available previously out-of-print books from the distinguished backlist of Princeton University Press. These editions preserve the original texts of these important books while presenting them in durable paperback and hardcover editions. The goal of the Princeton Legacy Library is to vastly increase access to the rich scholarly heritage found in the thousands of books published by Princeton University Press since its founding in 1905.