Ancient Scripts and Modern Experience on the English Stage, 1500-1700 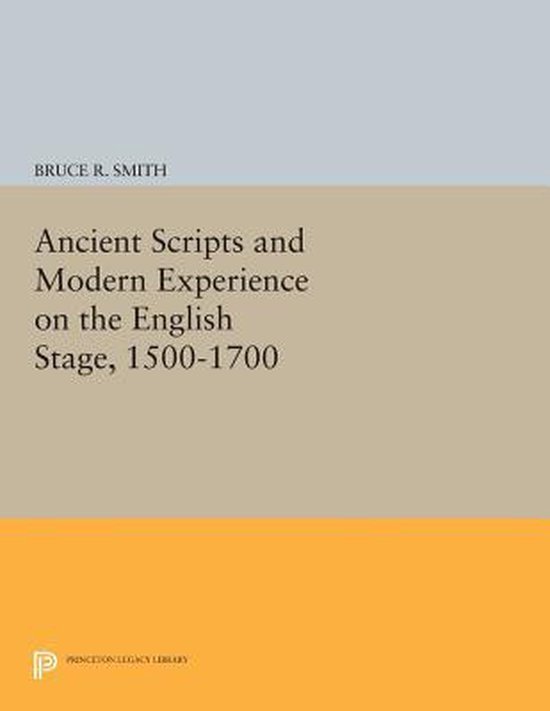 Unlike the contrast between the sacred and the taboo, the opposition of comic and tragic is not a way of categorizing experience that we find in cultures all over the world or even at different periods in Western civilization. Though medieval writers and readers distinguished stories with happy endings from stories with unhappy endings, it was not until the sixteenth and seventeenth centuries--fifteen hundred years after Sophocles, Euripides, Plautus, and Terence had last been performed in the theaters of the Roman Empire--that tragedy and comedy regained their ancient importance as ways of giving dramatic coherence to human events. Ancient Scripts and Modern Experience on the English Stage charts that rediscovery, not in the pages of scholars' books, but on the stages of England's schools, colleges, inns of court, and royal court, and finally in the public theaters of sixteenth-and seventeenth-century London. In bringing to imaginative life the scripts, eyewitness accounts, and financial records of these productions, Bruce Smith turns to the structuralist models that anthropologists have used to explain how human beings as social creatures organize and systematize experience. He sets in place the critical, physical, and social structures in which sixteenth-and seventeenth-century Englishmen watched productions of classical comedy and classical tragedy. Seen in these three contexts, these productions play out a conflict between classical and medieval ways of understanding and experiencing comedy's interplay between satiric and romantic impulses and tragedy's clash between individuals and society. Originally published in 1988. The Princeton Legacy Library uses the latest print-on-demand technology to again make available previously out-of-print books from the distinguished backlist of Princeton University Press. These editions preserve the original texts of these important books while presenting them in durable paperback and hardcover editions. The goal of the Princeton Legacy Library is to vastly increase access to the rich scholarly heritage found in the thousands of books published by Princeton University Press since its founding in 1905.